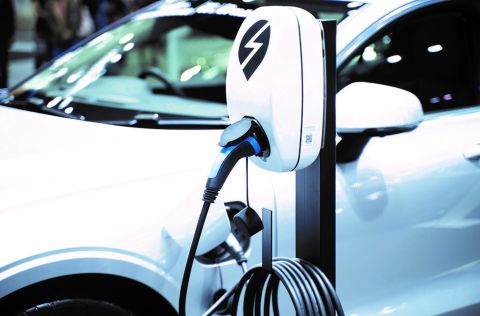 The Norwegian automobile market suffered a steep year-over-year decline in new passenger car registrations/sales in April 2022, and the situation wasn’t particularly good for plug-in cars either. According to fresh stats, new passenger car registrations/sales declined 26 per cent year-over-year to settle at 9,725 units in April this year. The decline followed a slight increase in the month of March.

The situation wasn’t particularly good for even plug-in cars. Only 8,189 passenger plug-in electric cars were registered during the month under review. The figure represents a decline of 22.3 per cent from the corresponding month of 2021. However, the market share of plug-in cars amounted to 84.2 per cent, slightly up from 80.1 per cent in the same month of last year.

A deeper analysis of the data revealed that all-electric cars managed to maintain their sales level from April 2021, while the decline in plug-ins was mainly caused by a 70 per cent decline in plug-in hybrid car registrations/sales. The decline in sales of plug-in hybrid cars was due to reduced tax incentives (CO2 emission component) that the government had started in order to encourage consumers to switch from gas-guzzling ICEs.

Sales of BEVs slipped 0.3 per cent to 7,207 units, with market share settling at 74.1 per cent. However, it is worth-mentioning here that the figure includes 1,099 "used" and 469 new vans. Sales of all-electric cars could bring some growth but supply constraints and disruptions caused by factors like Russia’s invasion of Ukraine and lockdown in China amid increasing cases of a new variant of Covid-19 created a big bump on the path to growth.

When it comes to PHEVs, the country saw sales of 982 units, down 70 per cent with market share of 10.1 per cent. Thus, a total of 8,189 plug-in cars were registered in the country in the month under review.

Despite the aforementioned steep decline, plug-ins accounted for a big majority of the total registrations. Obviously, the gasoline, diesel and non-rechargeable hybrids remained in the minority, accounting for just 5.3 per cent, 3.2 per cent and 7.3 per cent, respectively.