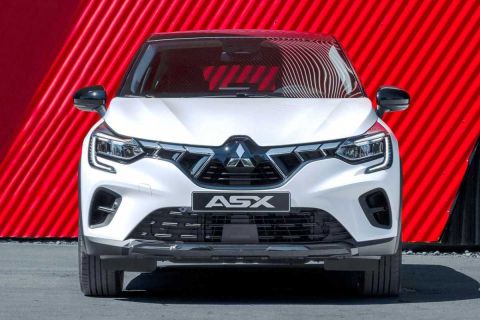 Japan-based multinational automotive giant Mitsubishi recently announced the debut of the 2023 Mitsubishi ASX compact crossover in ICE, hybrid as well as PHEV variants, with sales scheduled to start in March next year.

The new PHEV features heavily sculpted exterior, with the grille having bracket-shaped trim, and the headlights having a complicated shape hook-shape. The hook-shaped lights run below the main lamps.

The manufacturer has introduced the crossover in a total of six colors, with upper-level trims featuring a black roof. Cabins of the various sorts of the 2023 Mitsubishi ASX compact crossover look very different, depending on the trim level. The cabin of the entry-level model has an analog instrument cluster complete with a 4.2-inch screen fitted between the gauges. The range-topping model features a 10.25-inch display.

The standard infotainment display in the car measures 7 inches and features a landscape layout. As an upgrade, the manufacturer has also equipped some trims with a 9.3-inch portrait layout display and loaded it with wireless Apple CarPlay and Android Auto.