Maharashtra accounts for nearly 50% of 45,000 Projects Registered under RERA across India 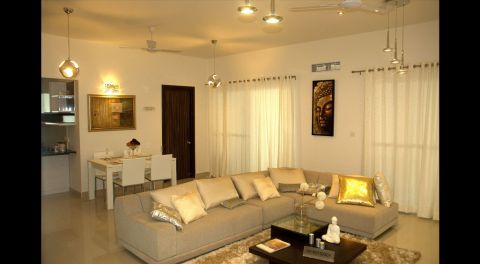 RERA registrations have been strong over the last one year, registering nearly 40% increase between September 2018 and October 2019. Maharashtra accounts for nearly 50% of total projects registered under RERA across India. A review by ANAROCK Property Consultants follows..

The state of Maharashtra is among the largest in terms of real estate development, and the successful implementation of RERA is, in itself, an accomplishment. The gradually improving performance of the State's real estate sector sets the benchmark for other states to emulate.

Since its inception, MahaRERA has been consistent in bridging the trust gap between developers and homebuyers. With several steps taken to regulate the real estate sector, Maharashtra continues to remain the blue-eyed boy of RERA implementation:

Authorities across states/UTs have helped dispose 27,970 cases in the country as on early October 2019, with the highest number of cases - 11,596 - solved in Uttar Pradesh, which accounts for a 41% overall share. Maharashtra comes next with 5,817 cases disposed, Haryana with 2,480 cases and Madhya Pradesh with 2,465 cases solved so far. Gujarat clocks in with 1,259 cases solved, Karnataka with 1,513 and Odisha with 727 cases, among others.