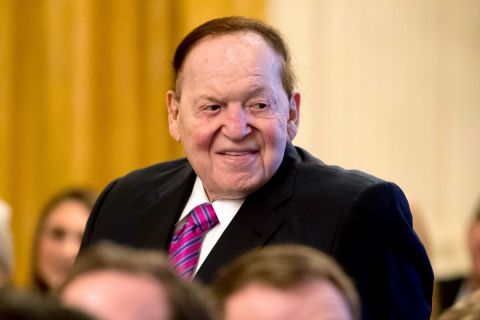 Announcing the decision to withdraw, Mr. Adelson blamed Japan’s new policy under government consideration which could be difficult to work with for the Vegas-based casino and betting giant. Adelson explained that Japan’s soon-to-be-unveiled fundamental policy guidelines on casino gaming would likely be tricky and potential bids would not be entertained soon.

Japan will likely announce its basic casino gaming policy guidelines sometime in July this year but the federal government of the Land of the Rising Sun will not entertain bids from different cities and their operator partners until 2021, which will pose a threat timelines to have gaming facilities ready by 2025 or 2026.

The American casino and resorts giant is already enjoying dominance in casino destinations like Macau and Singapore. Announcing departure from the Japanese market, Mr. Adelson stressed that LVS Corp. remained bullish on Asia.

Making the announcement, he said, “We also believe the success of the MICE-based Integrated Resort model we pioneered in Las Vegas, Macao and Singapore will ultimately be considered by other Asian countries, particularly as governments look to increase leisure and business tourism as a driver of economic growth.”

While Indian government hasn’t announced anything new related to gaming and casinos sector, some people familiar with the local betting market urge the authorities to consider legalization of gaming business. This can be a major revenue generator for Indian government. Many companies operate online casino platforms in India but the current legislation is ambiguous regarding the rules for online and offline casino operations in India.

In the United States, LVS Corp.’s market cap presently stands at in excess of $37 billion. Now, the company is interested in merger deals and acquisitions in a bid to further expand its presence in the casino and resorts business worldwide.

In Japan, LVS Corp. was focusing its efforts to get license for Yokohama, which is the second-largest city in the land of rising sun. After the departure of the American company, Galaxy Entertainment Group, Melco resorts and Genting Singapore are some of the remaining big players in the race.