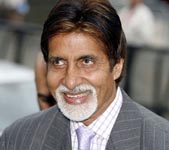 Earlier, Justice A N Srivastava of the Lucknow Bench had fixed October 9 as the next date of final hearing of petition after Bachchan's counsel filed the rejoinder affidavit.

In his petition, Bachchan had said that the Faizabad court's order exceeded its jurisdiction by not hearing his version and going into the merits of the case.

Earlier, the Uttar Pradesh Government had stated that Bachchan allegedly committed another fraud by claiming that he was a resident of 17, Clive Road, Allahabad, in his application for farmland allotment in Barabanki District.

UP Government's lawyer D K Upadhya alleged that Bachchan's father, Harivansh Rai Bachchan, lived at the said residence till 1958 after which the house was sold.

The actor had managed issuance of documents in his name, which identified him as a farmer and on the basis of these, he got a 24-acre plot of agricultural land at Lonavla, Pune in mid-1990s.

However, the Faizabad Additional Commissioner, who had judicial powers in land disputes, had ruled that the 1993 Barabanki land transfer in his name was illegal. (ANI)