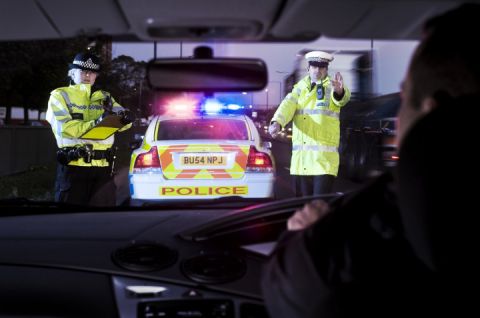 We all should have a better understanding of the law when it comes to alcohol. The basics of UK Drink Driving Law is a good place to start. We are not looking to a level comparable to a UK Drink Driving Solicitor, but it is sensible to get to grips with the basics, especially when it comes to the limits permitted and the penalties involved, should you fall foul of the legislation.

Location
The law applies across the UK, but the limits do in fact vary in different countries within the UK. Scotland has a lower threshold of alcohol that is permitted within the breath, blood or urine, before you can be prosecuted. The limit there is approximately two thirds the level everywhere else in the UK. So, theoretically, you can be under the limit in England, cross the border into Scotland and suddenly be over the limit. A conviction in Scotland though, applies to the whole of the UK, despite the different threshold.

What Can I Drink
There is no standard level, as your alcohol levels depends on many variable factors. These include age, weight, gender, metabolism, type of alcohol and also whether you have had any food. How alcohol affects each individual varies, and even though it dissipates at roughly one unit per hour, and also the number of units per drink tends to nowadays be identified on the individual drinks, there are no clear guidelines. It is best to avoid at all if you are driving, and it should always be remembered that there may still be alcohol in your system the morning after the night before. So a late night and an early start could be very costly indeed.

Drink Driving Penalties
The penalties under UK Drink Driving Law are severe and extremely impactful. Should you be facing any of them then you will need to have the assistance of a drink driving solicitor.

Even if you are not driving, you can be convicted for being in control of a vehicle whilst over the limit – such as having the car keys on a car park. The penalties for this include a discretionary ban, a term of imprisonment and a fine of up to £2,500.00 and this is without even driving.

If you refuse to give a sample with no lawful reason for doing so carries an unlimited fine, driving ban and possible prison sentence.

For actually driving whilst over the legal limit, you will get a none discretionary 12 month driving ban (increased to 3 years if it is a second conviction in a 10 year period). There is no mitigation that can be put forward to contest the ban, and you will be banned even if this means extreme hardship, for example from losing your job. You will also be subject to an unlimited fine and up to 6 months in prison – these can be mitigated by your drink driving solicitor.

Causing death by drink driving carries up to 14 years imprisonment, and unlimited fine, a two year ban, and an extended driving test to get your licence back.

In addition, your insurance costs will increase dramatically and there will be the added pressure of being able to work without a car – worse if you have a driving job. The actual cost of losing your licence has been estimated between £20,000 and £50,000.

Most of us like a drink, but even more of us rely upon the use of a car to exist. We should remember this the next time we go on a night out, or think about driving the next day. Mistakes can be made, but knowing the limits and penalties beforehand will probably help you to think twice before acting.