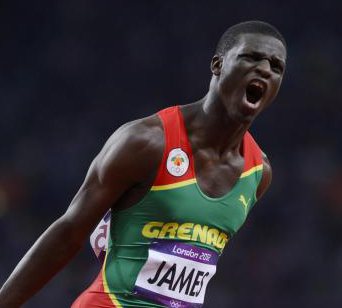 Nassau (Bahamas), April 16 : World and Olympic 400 metres champion Kirani James registered a world leading time of 44.72 seconds as he launched his 2013 campaign at the inaugural Chris Brown Bahamas Invitational here over the weekend.

James, who added an Olympic gold medal to his World Championship title, ran a comfortable opening 200m but then pulled away from his challengers to win easily in 44.72.

"I still have a lot of things to work on and to work on the first 200m. I will go back and assess with my coach and see what we could do from here."

The Grenadian quarter-miler will compete again within two weeks at the Penn Relays in Philadelphia, USA.

He will team up for the Rest of the World against the United States in the Men's 4x400m Relay.(IANS)