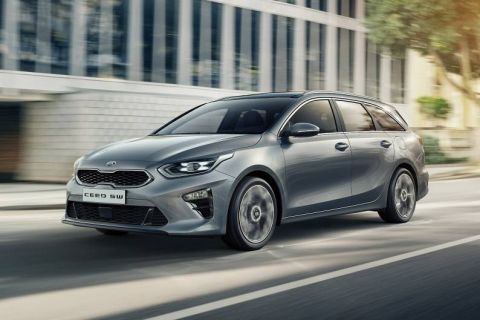 South Korean automaker Kia Motors has recently presented the plug-in hybrid versions of two of its vehicles --- the Ceed Sportswagon and the XCeed crossover.

In presenting the new hybrid Ceed and XCeed variants, Kia has revealed that both the compact PHEV models are scheduled to hit the markets in early 2020. The pricing details of the two models have not yet been disclosed by the automaker.

The newly introduced plug-in hybrid versions of the Ceed Sportswagon and the XCeed are based on the technology already developed by Hyundai and Kia. Specifically, the drive train of the new compact PHEV models is the same as that of Kia’s Niro PHEV and Hyundai’s Ioniq PHEV.

In terms of key technical data, the PHEV variants of the Ceed and the XCeed are equipped with an 8.9 kWh battery pack, a 1.6-litre petrol engine, and a 44.5 kW electric motor. The hybrid drive of the vehicles has a 104 kW system output and a maximum 265 Nm torque. The vehicles have a combined fuel consumption between 1.3 and 1.4 litres, and a 60 km purely electric range.

So far as charging is concerned, the Ceed and XCeed hybrid versions have a Type 2 socket installed between the front wheel and the door on the driver’s side. The details regarding the charging times have not been revealed by Kia, but it is projected that the vehicles will take four hours to get recharged at a household socket.