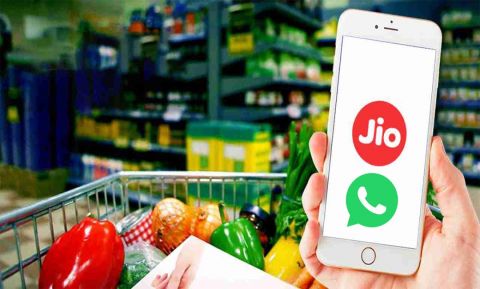 Mukesh Ambani’s latest ecommerce venture JioMart has launched in additional cities across India after the company ran a pilot project in Mumbai. Reliance has recently announced five major investments in Jio Platforms, the technology and ecommerce segment of the biggest conglomerate in India. JioMart launched a new website and has started taking order from many cities including Delhi, Chennai, Kolkata, Bangalore, Pune, Bokaro, Bathinda, Ahmedabad, Gurgaon, and Dehradun.

JioMart will offer daily discount deals to shoppers and delivery will be quick. JioMart claims to directly source from farmers and small business owners. The company will be delivering fresh fruits, milk products and grocery. The perishable market needs strong backend and logistics abilities and Reliance has experience in this field with its Reliance Retail division.

Mukesh Ambani and his management team have been taking gradual steps in ecommerce segment in India, currently ruled by Amazon and WalMart’s Flipkart. India has massive potential and many ecommerce companies have spent heavily in developing logistics and warehouses across the country. Indian ecommerce market has been growing at a fast pace but there are many challenges for new players. Reliance Group has deep pockets to give a tough competition to Amazon and Flipkart. Reliance also has strong presence across India and the company will be able to benefit from its existing networks.

Reliance has raised nearly $10 billion at USD 65 billion valuation for Jio Platforms. The first major investment came from Facebook and the technology behemoth will also help JioMart in this venture. Facebook offers WhatsApp integration, a strong social media platform which is extremely popular among Indian users. The investors that have shown confidence in JioPlatforms include KKR, Facebook, Silver Lake, Vista Equity Partners, and General Atlantic.

Reliance Retail was started in 2006 and the company now operates more than 10,000 local grocery stores across India. Reliance Retail could help JioMart in logistics but Reliance hasn’t shared any details about such integration.

The ecommerce and grocery delivery market has witnessed heightened activity in the recent weeks. Amazon announced its entry in food delivery, the market currently ruled by Zomato and Swiggy. While Amazon’s entry will be a big threat to Swiggy and Zomato, it is yet to be seen if their financial backers will offer them more funds to deal with the competition from Amazon. Amazon announced that the company will hire 50,000 seasonal workers to deal with rising demand.

“We have to collectively launch a new movement against data colonization. For India to succeed in this data-driven revolution, we will have to migrate the control and ownership of Indian data back to India — in other words, Indian wealth back to every Indian,” Ambani had earlier said.

While many companies have tried ecommerce segment in India and failed, only Amazon and Flipkart have remained as strong players, owning the majority of market share. Amazon founder Bezos has repeatedly expressed confidence in its Indian division and the company has major investments lined up for its Indian operations.

Mukesh Ambani has also taken the tough task of reducing debt of Reliance Group and he has been successful so far. The biggest industrial and business group in India is extremely well positioned to enter retail sector in India. Ecommerce industry experts have been waiting for entry for Reliance in this segment. As Mukesh Ambani changed the scene and dynamics in telecom sector with launch of Jio, market experts are expecting that JioMart could be a game-changer. Reliance is among the most trusted brands in India and Indian consumers will be quick to try JioMart. It is yet to be seen how much discounts Jio can offer on regular basis and if the company will manage the logistics well enough. At the moment, ecommerce only accounts for 5 percent of sales volume in India.