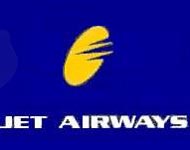 Kochi, Mar 8: As part of its `Celebrating Womanhood' initiative, Jet Airways, in association with Citibank, and other key partners is offering lady travellers a host of special offers and privileges.

The special initiative includes an in-flight film festival on board, featuring a selection of acclaimed, women-centric Indian and international movies, as well as short features, on select Jet Airways domestic services.

During this promotion, Jet Airways will also support the cause of women through a fund-raising programme by its in-flight collections, which will support five NGOs working on a range of women's issues.

Other major initiatives and special offers from Jet Airways during this period will include a ten per cent discount on base fares for all ladies who book tickets online until March 15.

Ladies booking tickets between March 1 and April 30 stand to win ten domestic and international round trip tickets respectively, per week, over two months.

The airline also offers lady travellers a free Rudi Kellner pen with any purchase from Jet Boutique, its in-flight duty free shopping, as well as a rebated offer on the purchase of any perfume, jewellery or cosmetics, for the month of March 2009.

Fifty per cent discount on flower purchases from any Ferns and Petals outlet on showing their Jet Airways boarding passes, between March 2 and March 8. (ANI)