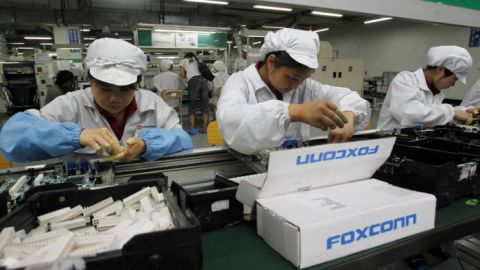 Taiwan-based Foxconn, best known for contract manufacturing American tech giant Apple’s iPhones, has confirmed that it has developed an open platform for electric vehicles (EVs). The open platform for EVs, dubbed MIH, has been described by the Taiwanese company as the Android system of the EV industry. It references the Google-owned Android device-agnostic smartphone operating system (OS), which is used by most of the iPhone's competitors.

The Android OS is used by a number of mobile device makers in a range of phones. Similarly, the newly announced MIH will be used by various auto manufacturers in everything from sedans to sports utility vehicles (SUVs). A software-defined open ecosystem for EV manufacturing will be developed by the Taiwanese company in collaboration with its partners.

Foxconn also announced that it would commercialize solid-state battery technology by year 2024. The planned batteries will use a solid electrolyte, instead of the liquid content that is used in existing lithium-ion battery chemistry. Supports of the new technology claim that solid-state batteries will offer greater energy density than the ones that are available these days, permitting more range without making battery packs physically bigger.

A number of companies including Toyota and Volkswagen are looking to use commercially viable solid-state battery technology in passenger vehicles. However, leading battery producers Panasonic have predicted that such batteries could take up to the middle of the next decade to become a reality. Currently, the only commercial transportation application for solid-state batteries is being used in a Mercedes-Benz bus.

The MIH open platform and commercially-viable solid-state battery plans are the latest in a long series of attempts by Foxconn to enter the arena of fast-growing automotive sector. In 2014, the Taiwanese manufacturer announced plans to develop an electric car that would be available in the mass market for less than $15,000 but those plans are still to prove fruitful. More recently, the company pursued discussions about a joint venture (JV) with Fiat Chrysler Automobiles (FCA).

Years ago, Apple had announced a smart-car project called "Project Titan." If the American tech giant had decided to develop and launch that car, it would likely have used a contract manufacturer like Foxconn, as it has been doing with mobile devices. While contract manufacturing is not new, a mobile phone maker like Foxconn’s breaking into the business would definitely be a new segment for the company.