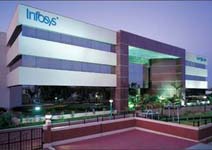 For the first quarter ended June 30, the IT major posted a 34.5 per cent growth in consolidated net profit that stood at Rs 1,079 crore.

The net profit of Rs 1,079 crore comprises a reversal of tax provisions totaling to Rs 51 crore. Earnings per share (EPS) augmented to Rs 18.89 from Rs 14.36 for the same quarter in the preceding year, a year-on-year growth of 31.5 per cent.

Without including the reversal, the earnings per share for the quarter would have been Rs 18, resulting in 25.3 per cent growth.

Chief Financial Officer V Balakrishnan stated, “The sharp appreciation of the rupee against all major currencies impacted our operating margins during the quarter.”

But, the company’s healthy and flexible operating and financial model allowed it to sustain its net margins while absorbing the affect of apprizing currency, high wages and visa costs. The company also plans to employ 26,000 people for the year 2007-08.