Inflation and Business: What American Startups Should Know 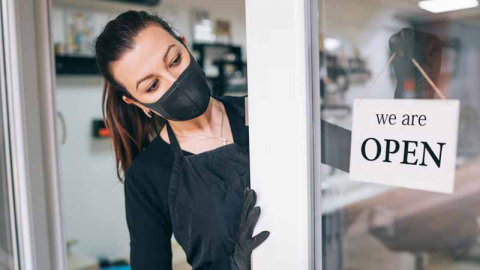 Inflation is the increase in prices of goods and services within a time period. According to the Labour Department data, the consumer price index increased by 0.5% since June 2020. The core consumer price index (CPI) increased by 4.3% since July 2020, and this percentage excludes volatile food and energy components. Some see inflation as a negative being that the economy is struggling, while some see it as a positive being that the economy is actually prospering. This article will explore what American startups should know about inflation, especially when considering to start an LLC.

The common effects of inflation

Purchasing power decreases because inflation causes a rise in prices. The prices rise across a range of goods and services, and when these prices of goods are non-discretionary and not able to be substituted, they are able to affect inflation by themselves. Examples of such goods are food and fuel. This is why food and fuel prices are often not considered to successfully identify core inflation.

Due to a decrease in purchasing power, the reasonable response is to purchase goods as soon as possible to get the most value for money. For businesses this means making capital investments. Equities have proven to be the best hedges against inflation. For example, in 1980, a share of Apple would cost $29. According to Yahoo Finance, by 2018, that share would be worth $7035 after adjusting for dividends and stock splits. According to The Bureau of Labor Statistics' CPI calculator, the share would be worth over $2438.

The reasonable response to spend and invest in turn causes an increase in inflation. This could create a devastating feedback loop. By businesses spending more money at a faster rate to maintain a decent value for money, the supply of money passes the demand. This causes the price of money, the purchasing power of currency, to fall even faster.

4. The cost of borrowing increases

To keep price rises under control, states have created a powerful incentive by using monetary policy. This means that if interest rates are low, businesses are able to borrow cheaply to start a business or to buy stock. But low rates, which cause a surge in spending and investing, also increase in inflation. Central banks will then raise interest rates to curb the stressed spending and investing. This causes people and businesses to deposit more money into the bank to take advantage of the higher interest rates. After this has been done, money becomes more scarce which in turn increases its value, which central banks aim to control by increasing and decreasing interest rates. But, central banks are not able to raise rates as they please. To do so, they sell government securities and remove the proceeds of it from the money supply. By doing this, the money supply decreases as well as the rate of inflation.

5. The cost of borrowing decreases

Borrowing costs are lowered by inflation when there are no central banks or when the central bankers are indebted to elected politicians. If the inflation rate is higher than the interest rate on a loan, the loan holder’s debt decreases faster than the combined interest and principal. Politicians are known to print money and stoke inflation when levels of household debt is high to decrease their obligations. If the government is indebted, politicians have even more reason to print money and use it to pay their debt. This may cause inflation, but it is done regardless.

John Maynard Keynes theorized that due to the Great Depression, the wages’ experienced a downward stickiness. Unemployment then surged because the workers resisted pay cuts which caused them to be fired. This has been proven to work in reverse as well, known as the Phillips curve. Once inflation reaches a specific rate, wages’ upward stickiness allows the employers’ real payroll costs to fall. This then allows them to be able to hire more staff.

Inflation is able to bring the positive and the negative, all depending on the context. Although inflation, according to theory, should result in a weaker currency, this was proven to be context dependent especially after Trump’s successful election. There were rising inflation expectations which caused the dollar to rise for months. This was due to global interest rates being uncharacteristically low. This was also due to the fact that rising inflation allows higher interest rates in the US because the government has a central bank. Following Trump’s election, the Federal Reserve raised the federal funds rate from 0.5%–0.75% to 1.5%–1.75%. For startups who aim to form an LLC in the US, they need to keep in mind that specific states require a registered agent for every formal business. An example of this is Texas, which requires a Texas registered agent for every formal business in the state by law. To cut costs, especially during times of inflation, startups should select an LLC formation service which offers registered agent services for free as part of their packages.