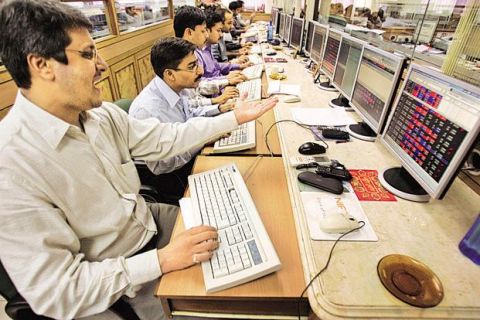 Indian markets witnessed a positive week with many companies announcing better-than-expected quarterly numbers. The results season is ongoing and we could see shift in portfolio for many investors as some companies have reported really good performance even during COVID-19 pandemic. Market outlook by SAMCO research follows.

Markets during the week took a breather after a steep one day decline the previous week. FPIs and DIIs have also balanced out their buying and selling respectively this week. Infact, global nerves are running high on the outcome of US elections. Markets appear to have entered a phase of status quo atleast until November 3 when every decline should be bought into and until then markets might also resist moving to new highs, broadly markets are entering a sideways zone.

Contrary to expectations, India's power consumption has witnessed a double digit 11.4% jump YoY in the first half of this month. This implies India's buoyancy in industrial and commercial activities after months of subdued activity and indicates that India as an economy is in a superior position compared to other developed countries. And this could be one of the salient rationales for massive amounts of FPI inflows lately in the markets. On the contrary, heightened selling which DIIs have embarked upon can largely be attributed to redemptions by frugal Indians, now encashing to overcome liquidity issues forced upon by stringent lockdowns. All in all, it appears that the worst seems to be behind us and the situation seems to be steadily improving.

Echoing on the current resilient state of our economy, according to data by the Reserve Bank of India, India's foreign exchange reserves have surged to $551.505Bn and an unusual current account surplus and a steady flow of portfolio inflows. It is quite astonishing that the current forex figure has nearly doubled itself from $275Bn back in 2013, which by most standards is considered adequate. All this adds up to depict a state of a solid underlying economy vis-a-vis the uncertainty reflected in developed countries due to slow demand revival without even considering Covid disruptions.

India Inc's second quarter performance displayed a pickup in economy and sectors such as cement thoroughly surprised D-Street with their robust volume and margin growth reinforcing the fact that the ground level economy has indeed fared better. Further, early indication from Pharma and FMCG numbers suggest speedy uptake in demand revival. IT players too performed as expected and clogged healthy topline as well as bottom-line growth in the second quarter. Moreover, banks reported stable asset quality figures, however, this stability was mainly on account of the Supreme Court's decision to not let accounts slip into NPA even after moratorium period abated.

Expectation for the week

Mr. Market's mood is expected to remain positive given that major indices are hovering around their all time highs. Corporate scorecard is ticking all the boxes and on lack of any negative news, bourses are likely to crawl higher. However, in the near-term we may witness some amount of sectoral rotations with profit booking in Cement, FMCG, Pharma as well as IT sectors replaced by buying in Infrastructure, Refinery, Oil & Gas, Hotel and Tourism. Broadly, markets should keep an upbeat mood atleast till the first week of November. Investors are advised to wait and watch and buy only on healthy declines. However, well capitalized private sector banks can be accumulated at lower levels. Nifty50 closed the week at 11,930.35, up by 1.4%.