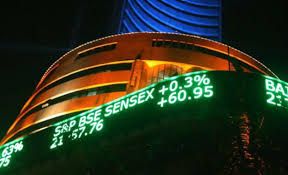 Earning recovery should be the key highlight for the Indian markets in 2020, other than this more policy steps for economic reforms, more names in divestment list, rise in foreign fund flows, series of good IPOs and momentum catch up in midcap and smallcap space will be the other highlights for the Indian market in 2020.

The bullish trend of the last four months may get momentum in 2020. The current bull run in headline indices is the most questionable bull run amid economic growth worries and concentration of few stocks but the market is a forward-looking animal and it is betting on earning recovery going ahead. We are expecting a significant recovery in earnings in the second half of 2020 on the back of the low base, positive global sentiments and economic reforms that are being taken by governments.

If we talk about overall sentiment in the market then it is likely to improve in 2020 where Midcap and Smallcap space may start to outperform once the earning visibility will be there. FIIs have turned bullish on the emerging market especially on India after a series of the announcement by the government for economic reform and their fund flow is likely to increase in 2020.

In terms of domestic triggers, The upcoming budget will be a very important event as the government is on the path of economic reform where the government's stance on personal income tax, infra spending, and fiscal deficit will be important. Easing bond yields and faster NPA resolution process will be other major triggers for the Indian equity market. In terms of global triggers, further development on the US-China trade deal front and the upcoming presidential election in the US will be the major triggers.