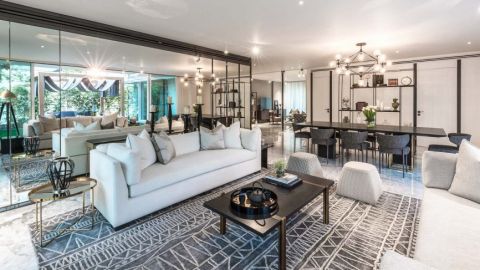 Indian real estate sector has witnessed decline in sales and prices have remained stagnant over the last few years. However, the average flat size has reduced since year 2014, mainly because the real estate prices are higher, costs of building are higher and developers need more of margins. So, the average flat size has reduced by 27 percent between year 2014 and 2019. As per a report published by ANAROCK, the average property sizes decline from 1,400 sq. ft. in 2014 to 1,020 sq. ft. in 2019.

The liquidity crisis, changing buyer preferences, and growing concerns about affordability. These market realities have caused real estate developers to rethink the conventional wisdom of ‘bigger is better’, and to significantly moderate unit sizes across the 7 major cities.

Anuj Puri, Chairman - ANAROCK Property Consultants says, "ANAROCK’s most recent data indicates that average apartment sizes in the top 7 cities have shrunk by 27% over the last five years – from 1,400 sq. ft. in 2014 to nearly 1,020 sq. ft. in 2019 so far. Surprisingly, NCR – one of the worst-hit residential markets in recent years - has seen the least decline of merely 6% during this period. The current average size of apartments in NCR is nearly 1,390 sq. ft., pulling ahead of Bangalore where average flat sizes reduced to 1,300 sq. ft. in 2019."

(Average sizes in both MMR and Pune are calculated on the carpet area while for the remaining cities it is based on the built-up area.)

"Interestingly, the main southern cities of Chennai, Bangalore and Hyderabad have seen size reduction of 8%, 9% and 12% respectively over the last five years," says Puri. "What also makes these cities unique is that the prevailing average sizes of apartments are among the highest."