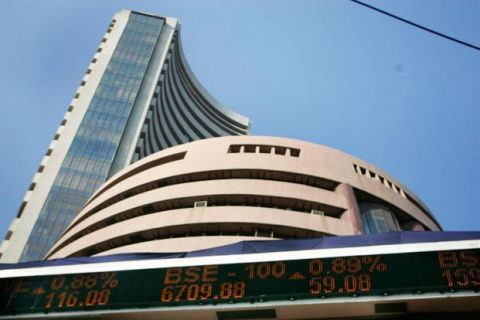 Indian markets have closed the week at their highest levels till date. The strength in the markets has helped NSE Nifty and BSE Sensex hover around their all-time high. Investors are confident that Indian companies will continue to perform good, specially with corporate tax reduction. Stock market review and outlook by Epic Research follows.....

Nifty closes at a record high of 12056 after making a new all-time high of 12158.80 while the underperforming bank nifty managed to extend its gains and mark a new all-time high of 32086.95 and closing at 31946.1. Profit booking was a spoiler on the last day of the week as sentiments were skewed to disappointing numbers that is widely expected on the GDP front.

A week that was biased positively on the back of positive global cues and roaring markets of US economy due to the trade war deal which was almost taken as closed was seen going into the cold as US and China conflicts arise on the US's stance on Hong Kong. The new sanctions and another round of tariff hikes in December are what now expected. Nevertheless, Indian equity markets were in much better shape with minor profit booking but managed to close at record levels.

With November expiry, the numbers were much positive on the financial side with a higher than average rollovers for Bank Nifty and many of the banking stocks seeing higher rollover. Nifty managed to clock a higher rollover but lower as compared to its previous month. Going forward we are expecting a much higher move on the positive side in Nifty Bank as compared to Nifty.

In the last expiry and taking the cues forward we are seeing out-performance in few spaces such as Mid-cap, Banking, Metals, followed by Realty. PSU is seeing very good traction in the last couple of weeks and has seen blossoming out in November. We expect PSU space to lead the rally in the next month.

Markets ended the week with mild profit booking which is part and parcel of any trend. This makes markets rather healthy than being any less optimistic. Nifty as per derivatives data is seeing a wider range of 12500 - 11800. We are seeing that to be the range for the market and we are on the downside of this range. So it is important for the market to sustain this lower range of 11800 - 11900. Out-performance may be seen in Midcap, PSU and Pvt Banks space. There is a profit booking that is going in the Auto sector and metals that have been slower this month should pick up.

All eyes are on the GDP numbers which is widely expected to be much lower hence traders went on to weekend with lighter and hedged positions. GDP numbers are widely expected to be below 5% and this is likely due to the very fact that we have seen many problems with the consumption and investment side in the last few quarters. There have been various measures that are taken from the government but on the flip side, we may be seeing various surprises on the tax collection and fiscal deficit widening. So the growth that we expect to pick up may rather be much slower in the coming quarters. Markets on the other side point a different story but are also facing a divergence with many of the stocks below their crucial average and only handpicked performing.

All in all, going with the trend, We believe Nifty should extend the uptrend with higher targets of 12270 - 12340. 11800 is likely to act as an inflection point for this rally.