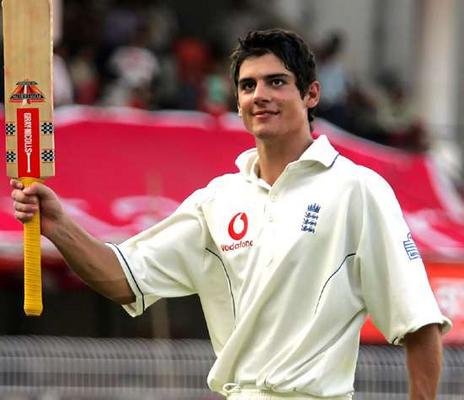 Jamaica (West Indies), Feb. 10: England opener Alastair Cook has said that he has not lost his appetite for making runs, and knows that he hasn't scored a Test hundred since December 2007.

"I haven't lost my hunger. There's no better feeling than scoring Test hundreds, you'd do it every day if you could. I probably get conscious when I get to 50 because I haven't done it for a while," The Sun quoted Cook, as saying.

Cook is presently batting and talking like a novice, and there are questions being asked as to whether he is the right man to take over from Andrew Strauss.

The left-hander has not managed a Test century for more than a year and his contribution to England's humiliating defeat at Sabina Park was scores of four and nought.

Cook, 24, piled up seven centuries in his first 24 matches. But none have come in his last 13.

Bowlers are probing his vulnerability around off stump and his confidence is being sucked away. He also talks nervously during media conferences, and there is a wonder in cricketing circles whether he really is England's next captain-in-waiting.

England has collapsed so many times in recent years and yet the batting order remains virtually the same. (ANI)