Have You Heard of Kabaddi? 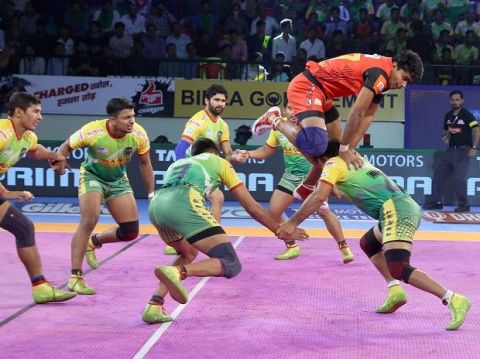 Some sports like football and basketball do not need any introduction due to their immense popularity. These are present in our lives from an early age and are so widely broadcasted that even people who are not interested in sports possess some basic knowledge about them.

Some others, however, require a detailed explanation as they are only played in certain countries. Kabaddi is one of those sports; most people haven’t even heard of it because they live far from the areas where this sport is played.

For those who aren’t familiar with kabaddi and wish to find out more about this sport, there is kabaddi on SportsAdda that features the latest news about important competitions and top-performing players. In case you are an absolute novice but you’re willing to expand your sports knowledge, go through this text in which you will find an in-depth description of kabaddi, as well as all of its rules.

Where Is Kabaddi Played?

Kabaddi is a sport that originated in South Asia and spread to some surrounding countries. This sport has a different nickname or spelling in every country where it’s played. The countries where you can see people playing kabaddi are India, Bangladesh, Sri Lanka, Thailand, the Maldives, and Nepal.

In some of these countries, kabaddi is a national sport and a state game taught in schools as a regular subject. Also, the countries inhabited by Indian and Pakistani communities, like the UK, are acquainted with the sport too.

Kabaddi is a team sport that shares the ultimate goal of the game with all other sports on the planet — to score more points than your opponent. Two teams are competing against each other, each of which has seven players on the field and five additional substitute players.

The size of the kabaddi court is different for men and women. Men play on a 10 by 13 metres court, while women have a slightly smaller field — 8 by 12 metres. Like tennis, kabaddi can be played on different surfaces depending on where it takes place.

A kabaddi match consists of two halves that last for twenty minutes each and there’s a 5-minute break between the halves. The sport doesn’t require players to use any special equipment, which makes it very affordable.

The sport is physical in nature, which is why the categories are formed based on the age and weight of the athletes.

To score points and win the game, a team has to put out the opponent. There are several ways to do this. Each team has a chance to attack or raid the other team. One player at a time is doing that, while all the players of the opposite team are defending that team.

The player who attacks is known as the raider. To put out a player, he needs to cross the baulk line of the opponent’s half, touch as many players as possible, and manage to get back to his team’s half of the court.

Each raid lasts for 30 seconds and the raider needs to take a breath and chant the word ‘kabaddi’ repeatedly during the attack. He can inhale again only when he returns to his half of the court. If he fails to do this, the defending team will get points.

The defending team can also score points if they manage to prevent the raider from touching anyone or going back to his side of the court. In addition, they can force the raider out of the court.

To make sure the rules of the game are being followed, six individuals are chosen to closely monitor all the action on the court. Finally, when the time is up, the team that has more points wins unless both sides have scored the same number of points in which case the match is considered to be a draw.

These are only the basic rules necessary for understanding the game. However, to get a clear picture of the sport, take some time to watch a kabaddi match on TV or live if you have a chance. We promise you will have a nice time and possibly learn more about this interesting sport.