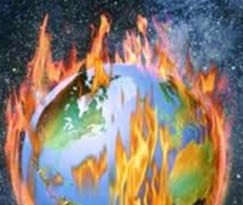 Canberra, Jan 2: A new research by US and Australian geologists has indicated that global warming might force Western Australia’s corals to head south to cooler climates.

Carried out by John Pandolfi, a paleoecologist from the University of Queensland and geologist Benjamin Greenstein of Cornelle College in Iowa, the research compared the behaviour of the state’s corals 125,000 years ago and now.

According to a report in The Australian, the research team assessed the diversity and distribution of coral species living in the ancient and modern communities and then compared the data.

For the research work, the team surveyed Western Australia's “natural laboratory” - a 1500-km-long stretch of living and fossil coral reefs.

They paired five ancient and modern reefs: two at Ningaloo and Shark Bay in the north, two more in the Houtman-Abrolhos Islands and Geraldton-Leander Point and the most southerly site at Rottnest Island.

The results suggested that coral diversity expands and contracts according to the water temperature, which might make the corals move to more habitable conditions due to the warming of the seas.

Their research also indicated that the Acropora, which are fast-growing branching corals, will likely be the first to move, possibly as far south as Margaret River or even around the corner to Albany.

“We've already seen some movement of the Acropora,” Professor Pandolfi told The Australian. “Rottnest Island (off Perth) has Acropora coral and it didn't have any 20 years ago,” he added.

According to the research team, the southward movement of Western Australia’s corals might hold significance for their future conservation.

“Paving the way to southern refugia is a step in the right direction for coral conservation,” said Professor Pandolfi. “These refugia could be very important for reseeding northern reefs if the environmental conditions return to a more favourable state,” he added.

Pandolfi also stated that this also gives hope that if reefs can shelter in cooler refugia, they'll survive global warming.

That is the reason why it becomes even more important for conservation managers to work to protect reefs from human impacts like pollution, as sea and carbon dioxide levels rise and stress the coral.

“The better the health of the reefs the better off they'll be in handling change,” said Professor Pandolfi. “We have to keep an eye out and give them a chance to escape,” he added. (ANI)