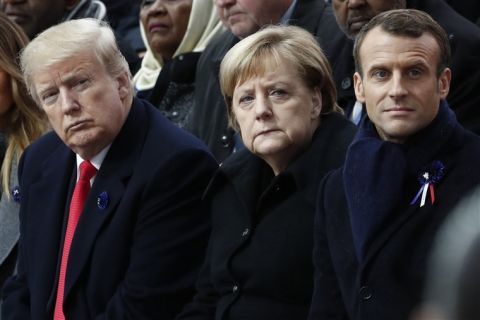 Germany has registered a decline in factory activity during September, compared to 43.5 in August. The manufacturing activity has declined to the levels last seen during the global financial crisis of 2008.

The manufacturing sector in Germany might not see any jump till the end of the year which means that the next few weeks could lead to further decline in manufacturing. A reading below 50 on PMI points towards a contraction in activity. Automobile sector in Germany has registered 12 percent decline in production. The exports shrunk by 14 percent. Automobile sector across the world is facing troubles as the industry is facing a major move from combustion engines to electric motors.

Commenting on PMI numbers, IHS Markit's principal economist Phil Smith said, "The manufacturing numbers are simply awful. All the uncertainty around trade wars, the outlook for the car industry and Brexit are paralyzing order books."

The purchasing managers’ index for the eurozone fell to a six-year low of 50.4 in September, below forecasts and down from 51.9 in August.

After the data was released, Euro declined by nearly 0.5 percent compared to USD and British Pound.

Commenting on the economic indicators, Ralph Solveen, economist at Commerzbank said, “Today’s figures confirm one thing in any case: there will be no noticeable improvement in the economy this year. On the contrary, the risk of a recession is increasing.”