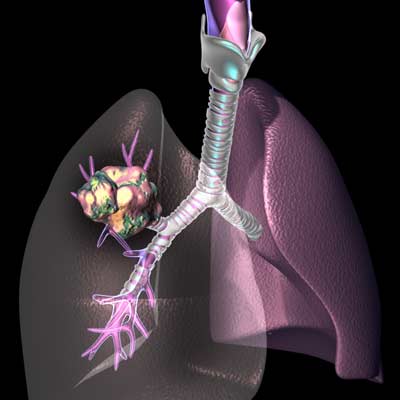 Washington, June 5 : Baylor College of Medicine researchers have identified the gene behind a rare, deadly developmental disorder of the lungs called alveolar capillary dysplasia with misalignment of pulmonary veins (ACD/MPV).

The disease that usually kills the infants born with it within the first month of life results from deletions or mutations in the FOXF1 transcription factor gene, said a consortium of researchers led by Baylor College of Medicine (www. bcm. edu) in a report that appears in the American Journal of Human Genetics.

"There is no question that these data are convincing," said Dr. Pawel Stankiewicz, assistant professor of molecular and human genetics at BCM.

"This is the gene responsible for 30 to 40 percent of alveolar capillary dysplasia with misalignment of pulmonary veins cases. It is involved in angiogenesis (formation of new blood vessel) and lung development," he added.

He credited Dr. Claire Langston, distinguished service professor emeritus of pathology and pediatrics at BCM, with making the study possible because of her long-term interest in the disease. Dr. Partha Sen, assistant professor of pediatrics - nutrition at BCM, was instrumental in collecting unique samples from 25 families whose children were born with the disease for more than a decade.

Finding the gene may make it easier to diagnose the problem in children born with the disorder and to counsel families about the risk of the disease in future children, Stankiewicz said.

The disorder is rare with fewer than 200 cases reported worldwide. The study based at BCM seeks to test blood and tissue from infants born with the disorder and their parents to find the cause and develop a test for the disease.

Generally, infants born with the disease have defects in the normal air-blood diffusion barrier in their lungs. They usually become critically ill soon after birth and they respond poorly to standard treatments used to help children who have lung or breathing problems at birth. Most die soon after birth. (ANI)