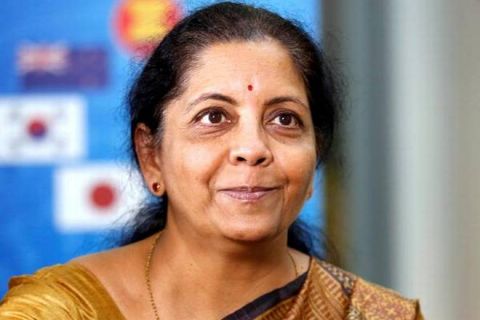 Markets tend to discount everything in its price. So a negative sentiment that may be due to GDP numbers would certainly put a dent on the market sentiments in the short term and may trigger some profit booking which is a usual phenomenon in any trend. We believe market has formed a very solid base around 11800 - 11900.

Market in its uptrend from 10700 has absorbed almost every aspect of bad news such as GDP numbers, its slowdown, rating agencies re-rating the India as an economy, Negative IIP numbers and so on. Any correction in market would rather be a buying opportunity here since we are seeing a lot of improvement in breadth. We believe there may be some short term moves that would be against the primary trend but overall the undertone is broadly bullish as far as market is above 11800.

Market is able to hold the gains despite signs of weakness in the economy. We have seen a lot of negative news and much of that is absorbed in last double digit returns move given by indices. It may have been concentrated to few stocks but market is discounting the number of measures recently taken by the Indian government. Bank recapitalization, Corporate Tax cuts, Infrastructure spending, real estate sector and Auto sector aids.

So there may be a lag for all these measures to take its effect in numbers but that is what market is discounting, and we are seeing bulls taking the charge. But one thing also we would like to point out that market is seeing very concentrated momentum and its very stock specific approach.