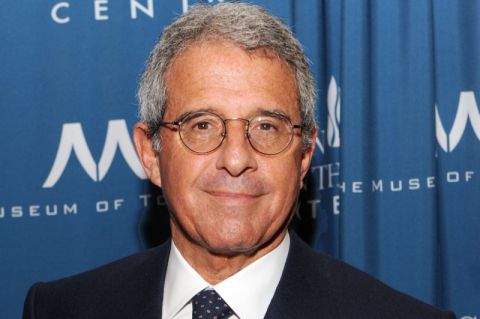 Former Hollywood executive Ron Meyer, who recently resigned from his $25 million-a-year job at NBC Universal, has reportedly lost millions of dollars playing craps over the years. Citing unconfirmed sources, some media reports suggested that the 75-year-old former Hollywood executive has a pretty abnormal habit of rolling dice, and that he has lost more than $100 million dollars in dice games. The reported figure of loss has perhaps made Mr. Meyer the biggest crap player as well as looser.

Unconfirmed sources also revealed that Mr. Meyer remained one of the most sought-after whales in the entire American gaming industry over the past few years. He was forced to step down from his promising position at NBC Universal after he was allegedly blackmailed about an illegal affair that he had years ago with 20-year-old British actress Charlotte Kirk.

Pointing to Mr. Meyer’s abnormal gaming habit, an unnamed source claimed that the vice president of marketing at Caesars Atlantic City used to send a helicopter to take Mr. Meyer to his casino, where he would blow $5 million to $7 million. After that, the vice president would take him to Foxwoods and the Mohegan Sun casinos where he would blow additional up to $5 million at each facility.

Speaking on the condition of anonymity, the source said, “The vice president of marketing at Caesars Atlantic City would send a helicopter to take him to his casino. He would blow between $5 million and $7 million at Caesars. Once he exhausted his credit line there, the VP would take him to Foxwoods and the Mohegan Sun in Connecticut where he would blow $3 million to $5 million as well at each place.”

However, Mr. Meyer sometimes enjoyed big gambling successes as well. Once it was rumored that he won more than $400,000 in gambling at Ben Affleck in the private high-stakes Hollywood poker games. That win reportedly became the foundation for the movie Molly’s Game.

Casinos would use promo chips to try to induce Mr. Meyer to gamble at their facilities. At the time, his daughter, Jennifer Meyer, was married to Tobey Maguire, who played the role of a major fixture in those crap games.

Mr. Meyer’s wife recently divorced him but she had no idea that he was blowing millions of dollars in gambling. As he has also left his job at Universal, he is once again facing financial hardships, which forced him to sell his $125 million dream house in Malibu. In short, his abnormal gambling habit wreaked havoc in his life.