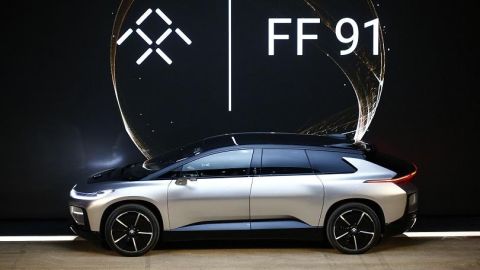 California-based EV startup Faraday Future Intelligent Electric is confident that it will be able to start production of its first vehicle – the FF 91 EV – before the end of this year, thanks to a fresh standby equity line of credit of up to $350 million.

The struggling EV startup announced earlier this week that it signed a deal to raise the aforementioned amount in a fresh round of funding, which would allow it to produce and deliver the FF 91 luxury electric SUV to customers as promised.

An affiliate of Yorkville Advisors Global has made an initial commitment to provide $200 million to Faraday Future, which can be augmented to up to $350 million at the request of the startup. The funding will give the startup much-needed financial flexibility to start producing the luxury SUV.

In the month of September this year, Faraday Future had announced that it wanted to start series production of it first electric luxury SUV and deliver it to pre-order holders before the end of 2021.

Under the terms of the newly signed funding deal, the startup will have the right but not the obligation to sell to Yorkville Advisors Global up to $200 million in shares (Class A common stock). The shares in question will be sold to Yorkville at a discounted price of 97 per cent of the three-day volume-weighted average price at the time of funding, and the number of shares will be limited to 1/3rd of the startup’s trading volume during such time period. The optional right to increase the $200 million commitment by up to $150 million can be done in one or more installments.

Dr. Carsten Breitfeld, Global Chief Executive Officer (CEO) of Faraday Future, said in a statement that the FF 91 EV program is moving ahead, and recently conducted testing and validation results have exceeded the company’s targets, including an EPA driving range certification of 381 miles and 0-60 acceleration in just 2.4 seconds.

Speaking on the topic, Dr. Breitfeld added, “This new financing facility is a key part of our strategy to raise the funds we need to get the FF 91 on the road and in the hands of users as quickly as possible.”

Before the most recent round of financing, Faraday Future raised $100 million in September from a group of firms, including Senyun International Ltd. In October, the startup had received $55 million from an affiliate of ATW Partners LLC.