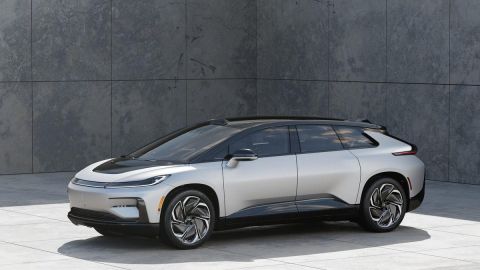 Faraday Future, an American electric vehicle (EV) startup founded by Chinese businessman Jia Yueting in April 2014, has reiterated that it is still on track to start production of its first flagship all-electric model, the FF 91, in the final quarter (Q4) of this year.

The high-tech FF 91 luxury electric SUV will be built at the startup’s new Hanford, California-based manufacturing facility, called ieFactory, which is currently under construction. According to a statement released by Carsten Breitfeld, Global CEO of Faraday Future, the state-of-the-art manufacturing facility will soon be up and running.

The top executive revealed that high-quality production-intent units of the flagship vehicles are already being produced at the “truly world-class, luxury automotive plant” for testing and validation. He thanked the team at Hanford manufacturing facility as well as the company’s outstanding contractors for the work they have done.

In his latest statement, CEO Breitfeld said, “The FF 91 will be the first high-end, high-performance, luxury, intelligent EV and will reset customer expectations for both driver and passenger experience. When we launch in the fourth quarter, we will show consumers what the future of connected, intelligent mobility can be.”

The reiteration of the announcement that Faraday Future is still on track to produce the FF 91 electric SUV has surfaced even as the company remains in the grip of several problems. It is an open secret that the company is running low on cash, and board members are not speaking the same language.

Of course, the high-tech electric SUV loaded with eye-catching specs and features will come at a substantial cost of around $200,000. Of course, price of the EV will depend on type of the model and intensity of the specs.