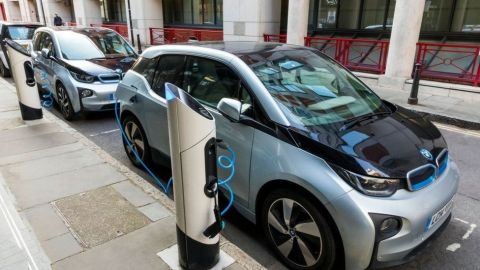 Electric vehicle (EV) market continues to grow at unprecedented rates throughout Europe, and Italian car market is not exception to the trend. Newly released UNRAE stats revealed that a record number of new battery-electric vehicles (BEVs) were registered in September in Italy. More precisely, the number of new BEVs registered in the European country jumped from 4,099 units to 8,492 units. Thus, the Italian automobile market enjoyed a year-over-year growth of more than 100% in BEV sales in the month under review.

With the exceptional results recorded in September this year, combined plug-in vehicles’ market share has jumped to an outstanding 13.2%, after breaking past 10% for the first time in the month of July.

Obviously, the growth in EV sales came at a cost of decline in sales of ICE cars. According to available data, the overall car market of Italy slowed down by around 33% year-over-year. Slightly more than 106,000 units of new ICE cars were registered in September. In the corresponding month of 2020, the figure was recorded at more than 157,000 units. Thus, the number of traditional petrol and diesel engines sold in September this year more than halved. More precisely, the number of petrol-powered cars slipped to a new low of 25%, while the number of diesel-powered cars tumbled to 19.1%. Conventional hybrid vehicles now make up only 31.3% of the overall market.

People are shift from ICEs to EVs as government of Italy, like any other government of any European nation, is pushing manufacturers as well as consumers to ditch conventional petrol/diesel-powered cars in favor of battery-powered vehicles. The effort is part of the government’s larger plan to help tackles the growth problem of global warming buy reducing carbon emissions.

At the aforementioned pace, one can easily witness a momentous shift of the masses from internal combustion engines (ICEs) to electric powertrains as several experts have predicted an even stronger push in the remaining three months of this year. However, it will depend on manufacturers’ ability to meet demand as many of them are struggling to cope with worldwide shortage of semiconductor chips.