Energy Storage Systems and Better Performance Batteries are the Future 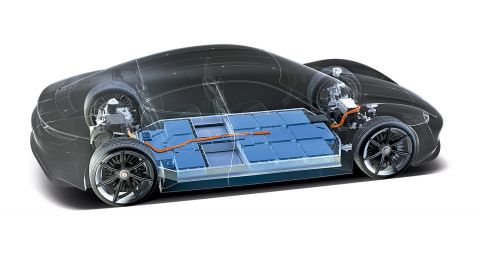 Energy storage segment is the future as per many experts associated with energy and automobile markets. Research teams across the world are working on innovative solutions for energy storage. Tesla and SpaceX CEO Elon Musk has indicated many times that electric vehicles can only compete with conventional vehicles only if the cost of battery and storage capacity is favorable. Tesla and many other automobile majors have invested in startups and research teams working on solutions for batteries with better performance.

Other major application of battery storage systems is in storage of energy produced via renewable sources like solar power and wind power. Tesla implemented a mega energy project in Australia and the company has been offering energy solutions to many other governments. However, this venture of Musk will be successful only if his team can reduce the cost of implementation of these projects in future.

Professor Guihua Yu has been working with other researchers on a project to improve energy capacity of Li-ion batteries. Professor Yu is associated with Materials Science & Engineering Program Department of Mechanical Engineering Texas Materials Institute. In a recently published research paper in magazine Nature, Professor Yu and other researchers working on the projects have provided details about the work they have been doing to improve battery storage capacity and charging time.

The capacity of a Li-ion battery electrode refers to its ability to store Li ions. The storage chemistry is generally based on a redox mechanism such as an intercalation of Li ions into the electrode structure or a conversion reaction with Li ions to form a new structure. If the redox mechanism is known for an electrode, its theoretical capacity can be calculated.

However, the working capacity of many known conversion-type electrodes such as transition metal oxides can well exceed their theoretical limit. Various explanations have been proposed for this phenomenon but the origin of the extra capacity appears to be elusive.

Now, Qiang Li and colleagues from China, Canada and the USA use Fe3O4 as a model system and show that its extra capacity originates from a large number of spin-polarized electrons stored in the Fe nanoparticles that are formed during discharge.

Considering the magnetism of Fe3O4, the researchers use in situ magnetometry to track the magnetization evolution of the electrode during discharge. They also use X-ray diffraction to monitor the electrode structure evolution.

Correlating the two datasets, the researchers uncover that an unusually large increase in magnetization towards the end of the discharge is linked with the formation of many small metallic Fe nanoparticles in matrices of Li2O. These Fe nanoparticles feature a lot of spin-polarized electrons, giving rise to a space charge zone near the surface of the Li2O matrix.

The researchers suggest that it is the formation of the space charge zone that provides the extra Li storage.