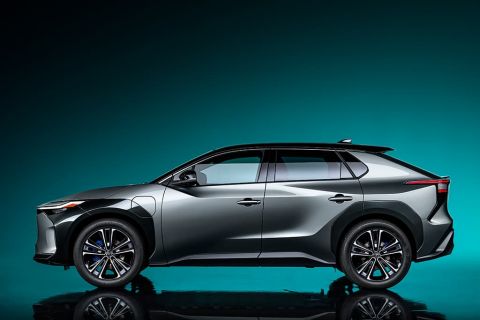 Electrification of vehicles isn’t only the most feasible solution to growing levels of vehicle pollution but it is the simplest measure to support India’s goals like reducing imports and consumption of fossil fuels, trimming down carbon emissions, and enhancing local manufacturing to create new jobs, a top executive of the Toyota Kirloskar Motor said. Bidadi, Karnataka-headquartered Toyota Kirloskar Motor is a joint venture (JV) between Japan’s Toyota Motor Corp. and India’s Kirloskar Group for the manufacturing and sales of Toyota cars in India, one of the world’s largest car markets.

It may be noted here that HEVs are not fully-electric vehicles. Instead, HEVs have both a petrol engine and an electric powertrain. Still they are much more environment friendly than conventional fossil fuel-powered vehicles. According to a study by government testing agency iCAT, HEVs can run 40 per cent of the distance and 60 per cent of the time as an EV with petrol engine shut off. Thus, HEVs are not only environment friendly but tremendously fuel efficient also.

Nevertheless, hybrids can’t prove to be a runaway success in the India automobile market. According to Mr. Gulati, there are several challenges, with affordability and lack of consumer awareness on benefits of electrified vehicles remained the biggest of them.

The senior executive suggest that mass adoption of electrified vehicles can be achieved by creating a local large-scale as well as competitive EV parts manufacturing eco-system at a large scale. As with many other countries, a carbon emission-based taxation (GST) structure can also go a long way to drag the prices of all EVs substantially down to create a more vibrant and self-reliant EV manufacturing eco-system and enable wider consumer acceptance of electrified vehicles.