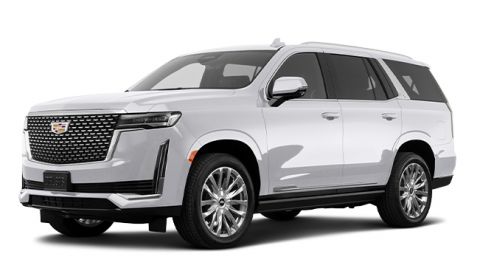 Cadillac, a division of the American automobile manufacturer General Motors (GM) known for designing & building luxury vehicles, has filed trademarks for the multiple new vehicle names, such as Vistiq, Lumistiq and Escalade IQ. While the luxury car brand has revealed nothing about the new names, the “Escalade IQ” is expected to be used for the company’s upcoming electric version of the flagship gas-powered Escalade SUV.

As the luxury car brand has plans to sell the electric version of the Escalade SUV alongside the gas-powered version, a different name will be required to distinguish the fully-electric version from gas-powered version. Market experts are of the view that the recently filed trademark for the name of Escalade IQ will be used for the standard Escalade electric SUV, while the long wheelbase variant will likely be called the Escalade IQL.

It is also worth-mentioning here that the American automobile giant has also filed trademarks for the aforementioned upcoming EV names in European nations like Britain and Austria also. It indicates that the company’s upcoming EVs could be available in Europe as well. Presently, Cadillac has negligible presence in Europe’s fast-growing vehicle market, with merely twenty dealers and one model (the XT4) being offered over there. In the United States, the V8-powered Escalade SUV is currently available with a starting price tag of $76,295. It promises class-leading comfort and luxury.

The future all-electric Cadillac Escalade SUV will most probably use GM’s BT1 platform that also been used to underpin the GMC Hummer EV pickup truck and GMC Hummer EV SUV. It will reportedly also underpin the upcoming Chevy Silverado E pickup, which is slated to make debut at 2022 Consumer Electronics Show (CES) in January next year. The electric version of the Escalade SUV will draw power from an Ultium battery pack that would deliver an estimated driving range of 400 miles on a single charge.

Eager to reduce its carbon footprint, Cadillac has set a goal to become an all-electric brand by the end of 2030. Launching electric versions of the already popular gas-powered vehicles is undoubtedly a part of the manufacturer’s efforts to successfully achieve that goal.