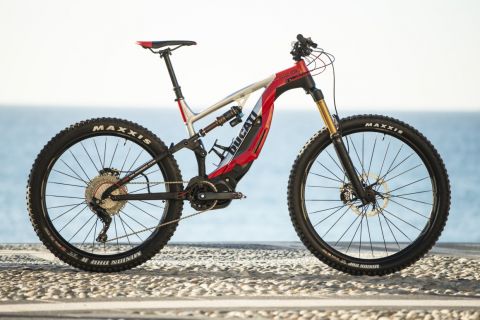 Ducati has said that all the three electric bicycle models are intended for on-road as well as off-road use, and will feature Shimano mid-drive motor systems. The bicycles will be produced by Ducati as part of its collaboration with Thok E-bikes.

According to the information shared by Ducati, the MIG-RR Limited Edition electric bicycle will feature premium Ohlins suspension, carbon wheel rims, and electronic shifting. It will also include special Ducati Corse graphics, designed by Aldo Drudi’s D-Perf. Ducati will manufacture only 50 units of this model.

The MIG-S model will be as more standard electric mountain bike. The electric bicycle will not come with the motorcycle-level suspension and the electronic shifting which will be available in the MIG-RR Limited Edition.

The e-Scrambler model is being described by Ducati as a trekking bicycle. It will feature high-end components, and will offer a comfortable ride on city streets as well as country roads.