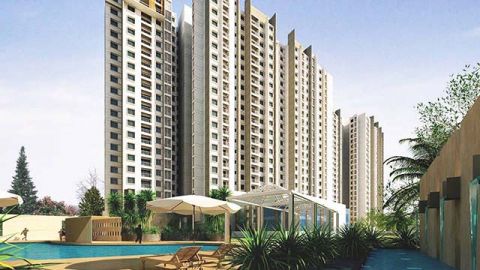 Indian residential and commercial real estate sector was needing an effective and strong law regarding tenants and landlords as in many cases, both parties are at loggerheads due to ambiguous laws. A follow-up on the Draft Model Tenancy Act, 2019 by ANAROCK Property Consultants follows...As per this newly-proposed Act, intended to replace the Rent Control Act, the government has laid down the following new proposals:

Security deposit has been capped to a maximum of two months’ rent in case of residential property, and a minimum of one month’s rent in the case of non-residential property.
The landlord is entitled to a compensation of double of the monthly rent for two months and four times of the monthly rent thereafter if a tenant does not vacate the premises after tenancy has been terminated by order, notice or as per agreement.
The landlord hie rent in mid-term, cut off or withhold essential supplies or services (electricity, water, etc.)
The property owner must give prior notice of three months before revising the rent value.
The tenant cannot sublet a part of or the whole property to someone else.
It is the landlord's responsibility to rectify structural damages and undertake measures like whitewashing walls and painting doors and windows.
The proposed rent authority must be informed about the rental agreement within two months of its signing.
An officer of the rank of deputy collector will act as rent authority to adjudicate any issue arising out of a rental disagreement.

While the proposals of the Model Tenancy Act have been widely welcomed, their implementation is not so simple. The Act is not binding on the states as land and urban development remain state subjects, so states and Union Territories can still repeal or amend their existing Acts.

Like in the case with RERA, states may choose not to follow guidelines and dilute the essence of the Model Act. Moreover, the Model Act is prospectively applicable and will not affect existing tenancies. The repeal of rent control acts can be governed by political exigencies and can be very complicated in cities like Mumbai, where tenants have occupied residential properties in prime areas for a pittance.

Another pain point could be the cap on the security deposit which is not likely to find favour with many landlords. In cities like Bangalore, the norm is a ten-month security deposit as a two-month deposit is unlikely to cover any damage to the property or a default in rent payment by the tenant.

Despite these challenges, The Model Tenancy Act is a step in the right direction. It provides a clear roadmap for states to follow, but it remains to be seen to what extent the states will toe the central government’s line. The state of Tamil Nadu had already come out with its Tenancy Act in February 2019 and may or may not follow the Model Act.

Still, a fair and balanced tenancy law protecting the rights of all parties will go a long way in formalising and stabilising the Indian rental market - and making it a more profitable investment route. If enforced by states in letter and spirit, it could revive the fortunes of not just the rental market but the housing sector at large.

The need for rental housing was first mentioned in the National Housing Policy, 1988, but little has been done to expand the scope of rental policy. Many local laws need to be revisited as they are heavily skewed in favour of tenants. In many ongoing instances, tenants have been paying low rents for decades and landlords have not been able to either revise rent or evict them.

The proposed Model Tenancy Act, 2019 aims to simplify the complex dynamic of the tenant-landlord relationship. The first draft of the policy was released in October 2015 and aimed to promote rental housing through public-private partnerships. In September 2017, the housing ministry announced a new public-private partnership (PPP) policy to promote private investment in affordable housing, including rental housing.

Development of rental housing: At least on paper, the government has stated its intentions to promote ‘Direct Relationship Rental Housing’ by providing land to developers to build rental housing. On his part, the developer would recover the cost of construction through rental income. However, due to lack of clarity on rental policy and other regulations, developers have not shown much enthusiasm to join the initiative.