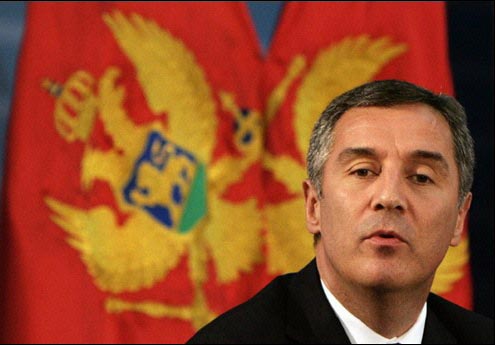 Podgorica - Montenegrins will vote in early parliamentary polls on Sunday, but though their country is teetering on the verge of a major economic crisis, the only issue is whether Prime Minister Milo Djukanovic will barely win again, or win an absolute majority.

The country's top exporter, the Podgorica aluminium combine KAP, is about to collapse under the burden of debts running into hundreds of millions of dollars. The 2,700 workers, who have received no payment in months are now planning to launch massive public protests.

The number two source of revenue, tourism, faces another bad season amid global financial woes and cancelled projects such as the multi-billion dollar resort and marina Porto Montenegro.

Both KAP and Porto Montengro were linked to billionaire Oleg Deripaska, one of the many Russians involved in lucrative businesses deals, particularly in real estate, in Montenegro in recent years - for which Djukanovic was much-criticized by the opposition.

But as in the past, the fragmented, squabbling opposition remains unable to capitalize on Djukanovic's weaknesses, even though they long ago stopped offering any solutions of their own and insteady have limited themselves to attacking the authorities.

So, after being in power non-stop since 1991, Djukanovic, 47, is now seeking and counting on another term - even if it is uncertain whether he personally would again take the helm, or leave it to somebody else from his Democratic Party of Socialists (DPS).

One before, after the autumn 2006 elections, he did step into the background, but soon changed his mind and reclaimed the post from his party subordinate, Zeljko Sturanovic, a year ago.

The only other break in his running of government - though nobody doubted that he was still in charge - was in 1998-2002, when he served as president, in a trade of places with his ally from DPS and current head of state, Filip Vujanovic.

The opposition however says Djukanovic wanted to secure his rule before the force of the financial crisis starts tearing away at the local economy.

The gravest concern is over the ailing banking sector, stretched thin by problematic loans handed out generously during the financial bubble period. The most troubled of the local banks, the Prva, is in the majority ownership of the Djukanovic family.

The Prva Bank, incidentally, is the only one in Montenegro to receive a bail-out - 44 million euros (60 million dollars) - a big sum for a country of 650,000 people from the government this year.

Yet the voters continue to trust Djukanovic and his allies more than their rivals and seem willing to bank their trust in polling stations yet one more time.

A survey by the private election-monitoring agency CEMI has projected a landslide victory, a 51.2-per cent triumph for the DPS- led coalition on Sunday.

It also predicted a miserable evening for the opposition, led by Nebojsa Medojevic and his Alliance for Change, which failed to build on its hopeful start ahead of the last election, in the fall of 2006. (dpa)