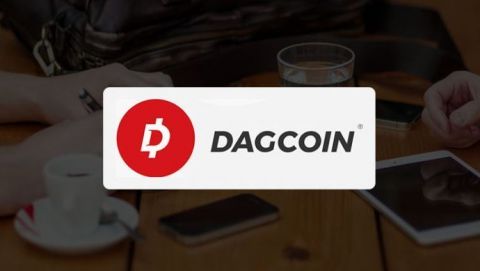 As for Dagchain the technology involves the use of a distributed ledger system and it is meant for the Dagcoin cryptocurrency. Holochain is in the form of a customizable framework that is used during the development of distributed applications. Holochain and Dagchain normally act as alternatives to blockchain technology when it comes to validating and managing the cryptocurrency transactions.

The Similarities between Dagchain and Holochain

What are the major differences between Holochain and Dagchain technology? The main distinctions are as stated below

How do Dagchain and Holochain differ? We’ll explore the key distinctions between the two below:
The Distinction between the Chain Structures
The Holochain and Dagchain forms of technology use a blockless chain that is also immutable when supporting the validation of transactions.

As for Dagchain technology, there is an object that is referred to as the graph theory. It is in the form of a directed acyclic graph. The directed acyclic graph normally represents the collection if units that are discrete and they also relate to each other. As for the DAG, every unit normally has a relational arrow that will point back to the “parent” units.

The relational arrows always point in one direction and they can be likened to a river that has numerous individual currents that are flowing in one direction. The DAG graph is usually acyclic and that means if you start from one unit and keep following it to the earlier successive generations from the parent units, as a user, you will not loop back to the original units.

People would also like to know how all these plays into the Dagcoin cryptocurrency. Each of the directed acyclic graphs represent a single Dagcoin transaction. The directional arrow also represents a transaction validation relationship between the parent transaction and the starting transaction.

When new transactions enter into new chains, they always validate the transactions that exist within the network. The validation process is also accomplished through storing the hash of each parent transaction within a new transaction. The value of the Dagcoin is also determined by the network size. As a result, the value of the Dagcoin is not influenced in any way by the market speculations that normally act as unpredictable forces. On its way of becoming the cryptocurrency of the future, Dagcoin also educates the masses through marketing by providing knowledge about the benefits of digital currencies.

As for the Holochain there are numerous chain and they are normally structured around a peer-to-peer network. The cryptocurrency does not also make use of a database, it is more of a software framework whereby developers can make use of the peer-to-peer apps that can also be customized. The apps can be in different forms including cryptocurrency applications.

As for the case of cryptocurrency, Holochain utilizes an agent-centric approach and that indicates that the edges of the network are in charge of validating the transactions. The cryptocurrency users are the ones termed as agents.

The Differences in Consensus

The Holochain and Dagchain users usually reach a consensus first through various mechanisms.

To reach a consensus with the Dagcoin community, there must be a witness and a main chain.

The main chain utilizes an algorithm that will select the “suitable parent” path from different transaction units. The algorithm will always choose a directional link that it will follow when there is more than one parent transaction in a specific child transaction. It is also possible to make a follow up and come across the “genesis” transaction.

The primary chain is also defined by an algorithm that is normally different depending on the specific child transaction. The main chain is also used to identify a specific transaction uniquely. Other major factors used to determine whether a transaction is valid include the witness concept.

The witness is normally a participant who is not anonymous within the Dagchain community. Witnesses are normally useful since they are tasked with ensuring that there is trustworthiness is a specific transaction. After the identification of a suitable number of parent transactions that are authorized by non-anonymous witnesses, the final verdict will be that the child transaction is real.