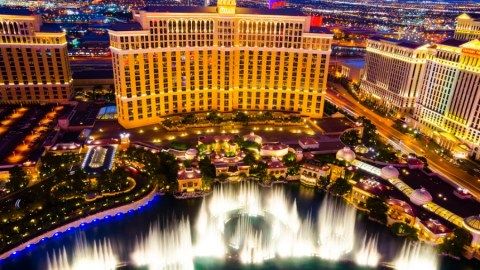 The Culinary Union, which represents nearly 60,000 casino workers in Las Vegas and Reno, filed a motion to voluntarily drop its COVID-19 lawsuit against MGM Resorts International after the casino operator challenged the union in the court.

The union had dragged a number of casinos operators to court, alleging that they were not doing enough to protect their workers against coronavirus infection after resuming operations. It may be noted here that casinos remained closed for nearly three months after the outbreak of the deadly infection that has claimed hundreds of thousands of lives across the United States. The lawsuit particularly targeted MGM Resorts and Caesars Entertainment’s properties like the Signature, the Bellagio, and Harrah’s.

However, the union decided to dismiss its suit against MGM after the Las Vegas-headquartered challenged the union in the court by filing a counter suit, claiming that the operator did everything possible to defend its workers against corona virus. The union also claimed that more than three dozen of casino workers or their family members were hospitalized because of COVID-19 since the gambling venues reopening their doors on 4th of June.

While the labor body claimed that it decided to drop the lawsuit against MGM after the casino operator agreed to enhance its measures to better protect its workers, the Las Vegas-headquartered company has a different point of view about the matter. MGM Resorts International argued that the union’s federal lawsuit concerning protection of casino workers from the potentially deadly COVID-19 infection was a “frivolous” lawsuit.

When asked for a comment, MGM Resorts said, “The Culinary Union filed a frivolous lawsuit asserting that we did not have adequate health and safety protocols. They have now made a motion to dismiss their lawsuit after we challenged them in court. We hope that the Culinary Union will work collaboratively with us in the future when it comes to health and safety issues.”

As had been expected, an arbitration case started earlier this week between the two sides, the Culinary Union and MGM Resorts, after the union voluntarily decided to withdraw the case against the casino operator.

In the meantime, the Culinary Union continues to press Nevada lawmakers to consider the Adolfo Fernandez bill, which has been named in honor of a Caesars Palace worker who lost his life in June after being tested positive for COVID-19. The bill aims to require all Nevada casinos to ensure health and hygiene with measures like enforcement of social distancing guidelines, providing free testing for workers, conducting temperature screenings, and increasing safety training for all workers.