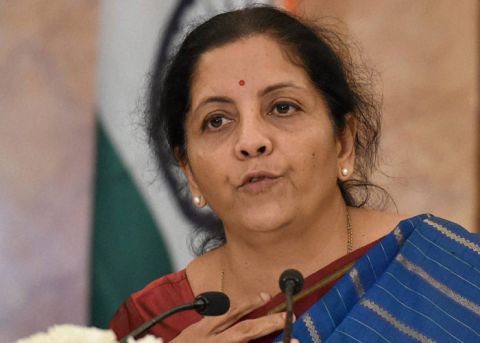 Indian government has taken a major step towards helping the economy with reduction in corporate tax rate. The step taken by Finance Ministry led to massive gain in the stock markets after the announcement was made by Finance Minister Sitharaman.

After a large number of minor measure, the government announced a bold and major measure to revive animal spirits. The high corporate tax rate meant that Indian companies were not competitive and this move helps address this and shall also boost FDI. The effective tax rate now stands at 25.17%, and for new companies the effective tax rate will be 17%. The measure is thus a boost for start ups as well. Additionally, the finance minister also announced that there will be no tax on buybacks announced before July and no surcharge on capital gains as well.

Reduction of corporate tax has been on the agenda for a while, and this should help in boosting the capex cycle, also it gives companies space to cut prices to boost demand. The corporate tax cut should go a long way in a revival of the economy.

The government estimates the fiscal impact to be about 0.7% of GDP, and bond yields have gone up as a result. The measures will benefit the economy with a lag and the boost to the economy as a result of the tax cuts should help offset much of the lower tax rates later in the year and next fiscal year.

Among the sectors, I expect Banking, FMCG, consumer durables, and Auto companies will be major beneficiaries. The Manufacturing sector will become attractive with a 15% Corporate Tax rate for new manufacturing companies in India especially in the times when the world is in the phase of trade wars.