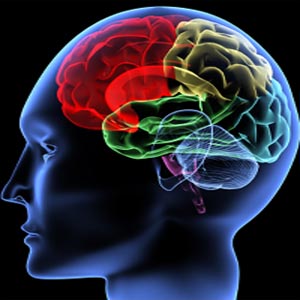 Exposure to the common virus, which lead to cold sores may be partly responsible for a shrinking brain and loss of concentration skills and memory --symptomatic of schizophrenic patients.

Lead researchers David J. Schretlen, an associate professor of psychiatry at Johns Hopkins University School of Medicine, said, "We're finding that some portion of cognitive impairment usually blamed solely on the disease of schizophrenia might actually be a combination of schizophrenia and prior exposure to herpes simplex virus 1 infection, which reproduces in the brain."

The study could bring about new methods to cure or prevent the cognitive impairment that typically follows this mental illness, including with antiviral drugs, the scientists say.

Physicians have long known that cognitive impairment are prevalent features of schizophrenia that affects around 1% of US population.

Cognitive deficits often surface months to years before symptoms that are traditionally used to diagnose this disease, such as delusions or hallucinations.

Some previous studies have shown that schizophrenic patients with antibodies to herpes simplex virus 1 (HSV-1), the virus that causes cold sores, often have more severe cognitive deficits than patients without these antibodies.

Schretlen and colleagues recruited 40 schizophrenic patients from outpatient clinics at the Johns Hopkins and Sheppard Enoch Pratt hospitals in Baltimore.

Blood examinations showed that 25 of the sufferers had antibodies for HSV-1 and 15 didn't. The researchers gave all of the patients' examinations to calculate speed of coordination, organizational skills and verbal memory.

The sufferers then went through MRI brain scans to measure the volume of particular regions of their brains.

As in previous studies, results showed that patients with antibodies to HSV-1 performed significantly worse on the cognitive tests than patients without the antibodies.

But elaborating on those earlier studies, analysis of the brain scans showed that the same patients who performed poorly on the tests also had reduced brain volume in the anterior cingulate, which controls processing speed and the ability to switch tasks.

There was also shrinkage in the cerebellum, which controls motor function, said a Johns Hopkins release.

These results suggest that HSV-1 might be directly causing the cognitive deficits by attacking these brain regions, Schretlen says.

The study findings were issued in the May issue of Schizophrenia Research. (With Inputs from Agencies)