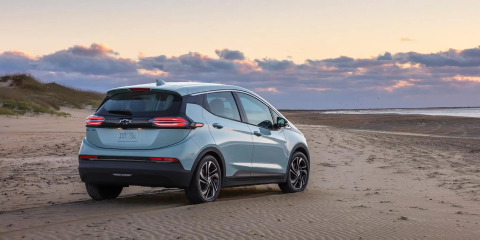 General Motors division Chevrolet has announced that its electric car sales made a great comeback in the US market during the third quarter of 2022, several months after a massive battery-related recall of the Bolt EV/Bolt EUV.

The Detroit, Michigan-headquartered manufacturer reported that total sales of its electric cars increased by 23.9 per cent year-over-year to settle at 372,873 units in the July through September (Q3) quarter of this year. The greater sales allowed the widely popular brand to narrow the year-to-date gap. Nevertheless, the brand’s EV sales in the first nine months were down by 3.9 per cent year-over-year, settling at 1.1 million units.

In the quarter under review, Chevrolet delivered a total of 14,709 units of the Bolt EV/Bolt EUV to customers, up 226 per cent from the corresponding quarter of 2021. In addition, the share of BEVs out of the brand’s overall sales volume improved to 3.9 per cent.

It is quite surprising to note here that demand for the Bolt EV/EUV, which suffered a massive recall due to battery-related issues, has become so high that the manufacturer has decided to increase its production capacity from around 44,000 units this year to more than 70,000 units in 2023 (roughly 17,500 units per quarter).

Announcing the Q3 results, Chevrolet said, “In response to unprecedented customer demand, GM plans to increase calendar-year production for global markets from approximately 44,000 vehicles in 2022 to more than 70,000 in 2023.”

The Chevrolet also highlighted its support related to charging of the EVs. it pronounced that charging is available for those customers who buy or lease a new Bolt EVs or Bolt EUVs covering the standard installation of a home charger through the Qmerit program, or through public charging credits program via EVGo.

Despite the massive recall, the Chevrolet Bolt EV and the Bolt EUV remained among the best small EVs on the North American market, thanks to its outstanding value proposition. Pocket-friendly prices of the models also attracted a large number of potential buyers. The latest 2023 model year versions of the EVs are significantly less expensive. More specifically, the Bolt EV starts from $26,595, while the Bolt EUV starts from $28,195.

On top of all that, Chevrolet has regained access to the $7,500 federal tax credit, which will surely provide a bigger boost to the brand’s electric car sales.