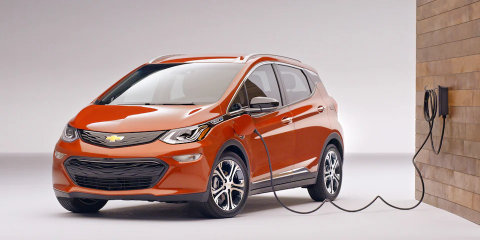 The Chevrolet Bolt EV (the outgoing version) attracted an unprecedented number of buyers in the first quarter of 2021 in the United States, securing the best quarterly sales result ever, the luxury car brand announced. Chevrolet, a division of the American automobile giant General Motors Company, announced that the Chevrolet Bolt EV sold a total of 9,025 units in the first quarter (January to March) of this year, 53.7 per cent more than the corresponding quarter of 2020.

Overall, the popular car brand sold a total of 427,950 vehicles. The figure represents a year-over-year decline of 1.7 per cent. Compared to the company’s total sales volume, the Bolt EV’s share for the quarter under review, stands at 2.1 per cent.

The Chevrolet Bolt EV’s quarterly sales figure is quite encouraging, particularly when we take the fact into account that the fully-electric car currently doesn’t benefit from the federal government’s $7,500 tax credit.

The manufacturer has discontinued the production of the Chevrolet Bolt EV, but the journey of the fully-electric car has not come to an end. The EV has actually just entered the next stage as the manufacturer has upgraded the vehicle to deliver a more efficient EV, which will be launched sometime later this year with the model year 2022. In addition to the upgraded 2022 Bolt EV, the manufacturer has announced plans to produce and deliver the all-new Bolt EUV.

Industry analysts expect the Bolt EV and the Bolt EUV will emerge as strong sellers, selling more than 10,000 units per quarter. The lower MSRP will also help the plug-in cars to attract more buyers. It may be noted here that the MSRP of the Bolt EV was initially higher, but near the end its production it was sold for thousands below the initial price.