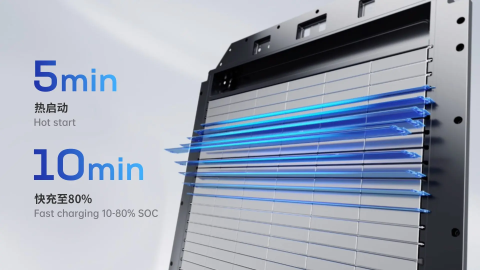 Contemporary Amperex Technology (CATL), a Chinese battery manufacturer and technology company with specialization in the manufacturing of lithium-ion batteries for electric vehicles (EVs), has claimed that a new technology breakthrough made by it has the potential to revolutionize the world of EVs by providing more energy dense and quicker-to-charge batteries.

The new battery, dubbed the Qilin, has been named after a creature straight out of the Chinese legend books. In Chinese mythology, the Qilin is a legendary hooved chimerical creature that is said to appear with the imminent arrival or passing of a sage/illustrious ruler. According to the manufacturer, the Qilin battery, also known as CTP 3.0, is not only more energy dense and quicker-to-charge but also safer and longer lasting.

Jiang Yifan, an investment consultant with Guotai Junan Securities, said, “The technical indicators of the latest Qilin battery are basically 10 to 15 percent higher than the traditional lithium iron phosphate batteries, so there's no doubt it's a big step forward for the battery industry.”

The Chinese manufacturer claims that the new battery technology will be able to give EVs 1,000 km/620 miles of range on a single charge. For reference, it would be 13 per cent more than the Tesla’s new 4680 battery cells.

CATL is one of the world’s leading suppliers of EV batteries. It supplies batteries to a number of major automobile manufacturers, including Volkswagen Group, BMW, NIO and American electric car pioneer Tesla Inc. However, it is in need to boost the rate of innovation to maintain its global lead as rival battery manufacturers are persistently making technological advances. In the first quarter of this year, CATL suffered a year-over-year decline of 24 per cent in its sales. Thus, it is in dire need to work on a new battery technology, and the Qilin is expected to help the company achieve that aim.

Pushing ahead with its goal to promote the overtaking of conventional fossil fuel vehicles by electric ones, CATL has plans to mass produce and supply the third-generation Qilin battery sometime in 2023.