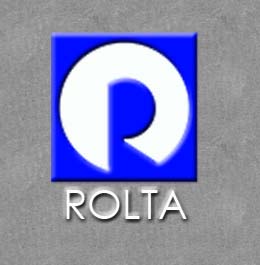 Stock market analysts are bullish on Rolta India and maintained 'Buy' rating on the stock to achieve an intra-day target between Rs 106-110.

Traders can buy the stock above 88 with a stop loss of Rs 84.

The structure looks very positive, so buy the stock and hold, if it maintains above Rs 90, a big move is expected.

Rolta India, on April 21, has declared a phenomenal growth of up to 2.03 times in its consolidated net profit for the three month period ended March 31, 2009.

During the period, the company registered a consolidated net profit after tax, minority interest and exceptional item of Rs 1,331.40 million as compared to Rs 657.20 million during the corresponding period of the last year.

In its standalone net profit for the quarter ended March 2009, the company reported that its profit climbed 2.03 times to Rs 1,600.70 million as against Rs 787.50 million in the same quarter previous year.

It reported earnings of Rs 9.90 per share during the quarter, posting 2.02 times growth over prior year period.

Rolta India, on April 14, announced the restitution of its affiliation with Intergraph Corp; the leading global provider of engineering and geospatial software.

On April 06, Rolta kicks off its new high-tech development and delivery centre in the newly constructed multistoried building at SEEPZ-SEZ, Andheri East, Mumbai.