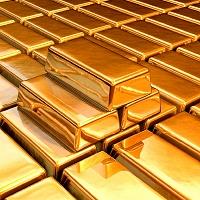 Gold rose to a 3 week high of $918.25 on Monday due to rise in risk aversion amidst fears of swine flu in North America. In the Indian markets, gold rose by Rs 140 to regain the 15,000 mark fast tracked by heavy buying by the retail investors on 'Akshay Tritiya'.

The world's largest gold-backed exchangetraded fund, the SPDR Gold Trust, said its holdings remained at 1,104.45 tonnes as of April 28, unchanged from the previous day. Its holdings hit a record 1,127.68 tonnes on April 9, and remained at that level for a week.

The dollar and yen gained broadly as worries about the spreading swine flu prompted investors to seek shelter in the safety of both currencies. Gains in the dollar, a safe haven in times of stress, also weighed on oil and other commodities, which tend to fall when the U. S. currency rises.

The Wall Street Journal (WSJ), reports that Bank Of America and citgroup Inc. are being told by the regulator that they may have to bring in more capital as a result of the Stress Test, signaling that financial crisis may be far from over.

We are not very bullish on Gold as Indian buying is likely to get sluggish after the recent hike in prices. The Akshay Tritya festival is over. This might trigger selling in Gold. We advise the investor to tread with caution as US banks may need more capital which would keep buying interest active in the yellow metal.

Gold has started to show some weakness in spite of risk aversion. Looking at the trend line, it couldn’t have closed above $918. We recommend no fresh longs until the trend line is breached.