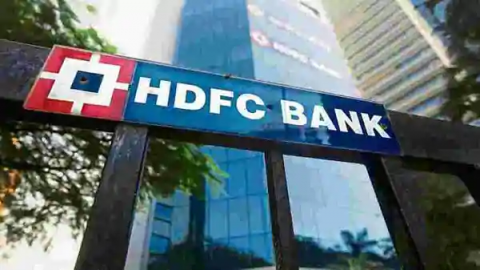 Indian markets registered massive gains today as the Finance Minister presented the Union Budget 2021-22. However, the real impact of the Union Budget will be witnessed in a few months and the assessment can only be done after reading the fine-print. A detailed review of budget by Abheek Barua, Chief Economist, HDFC Bank follows...

· An assessment of today’s budget might want to start by listing the myriad challenges that the finance minister faced. Mercifully, the economy seems on the mend and the nominal GDP growth of 14.4 per cent assumed in the budget for 2021-22 looks impressive. However, some the fizz in the number comes from the extraordinarily low denominator of 2020-21 due to the 7.7 per cent contraction in real GDP.
· With a 14.4 per cent nominal growth rate, nominal GDP will return to its pre-pandemic level somewhere at the end of 2021. However, even with reasonably strong growth after 2021-22, the gap between the GDP that the pre-pandemic trend (PPT) would have produced and the current path is likely to be large. The budget’s task was to squeeze the gap between the PPT and the current path as much as possible by pushing the long-term growth trajectory up.
· Second, as with most recoveries, the bigger firms and the better-off households tend to benefit more leaving the small and poor behind. Besides, the vulnerability of different sectors to the pandemic are markedly different. This might result in what economists describe as a K-shaped recovery with sharp inequality between different firms and households. The budget needed to address this.
· Spending big to buy growth has its limitations. Raising taxes to fund expenditures would nullify the expansionary effect of the spending. The only option is to keep the fiscal deficit high -- that is borrow to spend. Rising debt levels run the risk of a being a long term drag on the economy. So, the FM had to take a gamble on letting borrowings balloon in the near term in the hope that the economic growth it drives leads to sustainable consolidation of debt (reduction in the debt-GDP ratio) in the future. This gamble was not for the faint-hearted.
· Two other challenges remained. First, strengthening sectors like health care whose importance the pandemic has highlighted. Second, handling the likely increase in bad loans that was suppressed through moratoria and its impact on bank balance sheets.
How does the budget fare on these counts?

· There should be little doubt that this is as bold budget as it could be and in many more ways than one. To begin with, it does spend big! The deficit target of 6.8 per cent for 2021-22 (way higher than analyst forecasts) and indeed the amendment of the FRBM act so that the deficit finally comes below 4.5 per cent only in 2025-26 is perhaps as bold as expansionary fiscal policy can get.
· Under this umbrella of fiscal expansion, the specific bet is on the infrastructure sector. Capital expenditure is budgeted to rise by 34.5 per cent next year. There are some bold institutional innovations as well. A well-capitalized Development Finance Institution (DFIs) has been set up to garner and channel private (including external) funds to infra projects. A National Monetization pipeline has been set up to sell a variety of existing infra-assets to fund the creation of new assets.
· So far so good. However, investing in Indian infrastructure has historically been perceived as a risky bet. The erstwhile DFIs had their fair share of problems. It remains to be seen how effectively these new structures can improve the risk appetite for infra projects.
· The budget, predictably, relies on disinvestment and asset monetization for resources. This has always been an area of concern since actual receipts have typically fallen short of targets. Thankfully this budget provides enough detail on what the government plans to do to make the Rs.1.75 lakh crore target credible. The government, for example, now has a policy of selling all PSUs in non-strategic sectors and keeping the number of PSUS in four strategic sectors to a bare minimum. The FM seems confident that the four PSUs including Air India and BPCL that were scheduled for strategic sale this year will finally be off the block next year. Then there is the IPO for LIC and a Special Purpose Vehicle to sell surplus land that finds place in the budget speech.
· A key announcement for the banking sector that addresses the issue of bad loans is the creation of an Asset Reconstruction and Management Company that will function as a “bad bank”. This would give banks the much needed room to focus on core activities instead of fretting over their impaired loans and also speed up the process of liquidation.
· The budget also ticks the right box on healthcare by launching the PM Atmanirbhar Swasth Bharat Yojana that will supplement the National Health Mission. Besides, going by our estimates the allocation of Rs 35000 crores for the COVID vaccination drive seems adequate.
· However, a couple of niggles remain. One can argue that that there is a marked absence of targeted support both for distressed households or sectors that lag behind in the recovery. Secondly, the unexpectedly large fiscal deficit numbers both for the current and the next year entail huge borrowings, much beyond market expectations. Government bond yields have hardened quite a bit in the wake of the recovery. The Finance ministry and the RBI will have to work closely together to check the rise in yields and ensure that the budget doesn’t ultimately result in a rise in borrowing costs across the board.

Financing of the deficit and Bond View

For the bond market, a higher than expected market borrowing estimate (INR 12 trn) in FY22 and additional borrowings of INR 80,000 crores in FY21 are likely to add pressure on borrowing costs. The 10-year yield was up by 17bps since the budget announcement crossing 6% from 5.89% before the budget announcement. Over the coming year, high market borrowings, concerns over inflation and a move towards normalising liquidity conditions by the RBI could maintain pressure on yields. That said, we do see the RBI continuing with its yield management tools (perhaps more of Operation twists compared to plain vanilla OMOs due to liquidity concerns) to keep borrowing costs under check. We see the 10 year between 5.95-6.10% by the end of H1 FY22.