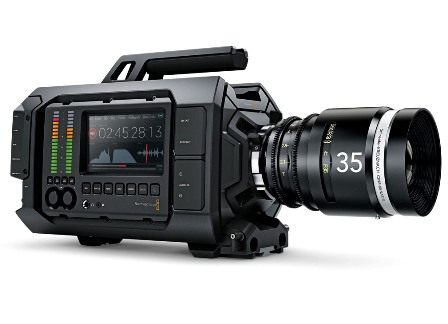 Blackmagic Design on Monday introduced the world to its new high-end 4K camera dubbed Ursa, which promises to meed the requirements of both - single person use as well as large film crews.

In addition, the 4K-capable camera comes equipped with a 10-inch fold out monitor.

It will be available in a total of four versions, including the Ursa PL and Ursa EF, which supports PL mount lenses EF mount lenses, respectively. Both make use of the same Super 35 sized global shutter sensor. The remaining two models are: a broadcast video sensor with B4 mount and an HDMI variant.

Grant Petty, chief executive officer of Blackmagic Design, said, "Our goal when developing the Ursa was to build a camera that had all the cooling capacity for higher frame rates, and a large on set monitor as well as built in scopes so you had everything you need built into the camera itself."

Petty highlighted the new camera's ability to get upgraded with a sensor so that customers can plainly bolt on a new sensor and turret assembly if need arises in the future.

The EF model of Ursa will be the first to hit store shelves in early summer, with a price tag of around $6,000.