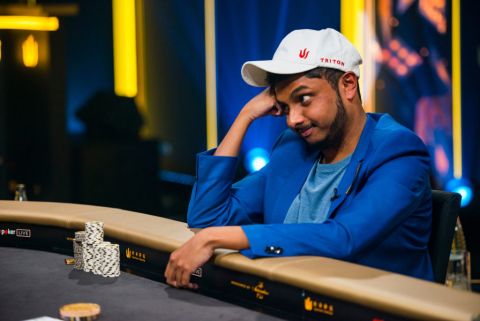 India is the second-most populous country in the world but it has been somewhat slow to adapt to the latest technological advancements (at least when compared to the Western European and Northern American countries). Poker has not quite been the most popular activity for the nation.

Nevertheless, the recent IT developments in North India have cleared the path for the country's adoption of predominant online industries. Online gambling certainly belongs to the category as we have reasons to expect a significant boom in this field for India in the years to come.

The websites like Americagambles already show a significant rise in the number of online casinos available for Indian players. These casinos offer a wide variety of gaming options, from slots (all-time favorites), across blackjack & roulette, to poker. As you can see in the title, poker will be the main theme of the article. India has a big potential for yielding strong poker assets following the aforementioned expected growth of the niche there. After all, the country has already produced some very talented players who have made significant achievements on the global level. Let's thus recall some of the best Indian poker players of all time.

Vivek Rajkumar is arguably the biggest Indian poker player of all time. He is the man who has put the country on the world’s map in poker circles. He has cashed in more than $4.4 million before shifting to entrepreneur life. Among his major achievements, we have to mention the $500,000 online winnings under the “Psyduck101” nickname. He also took the World Poker Tour title to clinch $1.4 million at Borgata in 2008.

Nipun is a classic prototype of a modern online tournament grinder. He has been present in the niche for more than a decade but did not get the breakthrough before 2014 when Java ended the year with almost half a million dollars profit. He had strong scores at the L.A. Poker Classic side event and the WSOP Circuit Bicycle main event. The successes helped him move to four-figure buy-ins. Java has frequently been in the payout (big time) across numerous events since then but is yet to score a massive multi-million win.

Raghav is one of the most successful Indian players of all time, having passed the staggering $1 million mark in live poker winnings throughout his rich career. He had an extraordinary couple of visits to Macau in 2017 when he came second in the Macau Poker Cup 26 event and in PokerStars Championship Macau High Roller. He cashed in for more than $400,000 at these two events only.

Last but not least, Aditya has long been one of the faces of the industry on the back of his lengthy sponsorship deal with PokerStars. He has more than $4 million in online earnings and he has cashed more than $1 million in live poker as well. He may not be as famous (in India) as the top two men mentioned in the article, but Aditya “Intervention” Agarwal just had to get a spot at least in the top-four of our list.