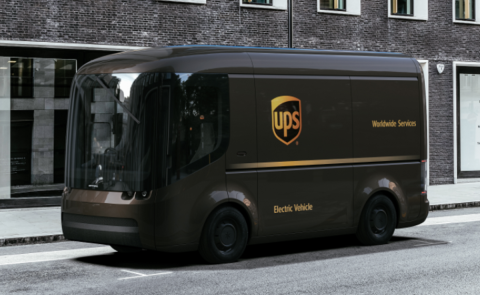 London-headquartered commercial electric vehicle (EV) manufacturer Arrival Limited has confirmed that it will shift its manufacturing operations from the United Kingdom (UK) to the United States (US) to tap into EV tax credit being offered by the Biden Administration.

Arrival announced that it will shift its manufacturing focus to Charlotte in North Carolina. As per its earlier plans, the company wanted to deliver its first all-electric Arrival Vans to customers in the UK before the end of this year, and then launch a micro-factory in the US in 2023. But with cash reserves diminishing and its Bicester, UK-based micro-factory requiring more investments, the company decided that the benefits of more investments would be best directed to the American market.

The main factor in Arrival’s decision to shift manufacturing focus to developing its business in the US is the Biden Administration’s Inflation Reduction Act (IRA), which offers attractive tax credits on the purchase of new EVs. Just last month, Arrival CEO Denis Sverdlov had signaled that the company wanted to take advantage of the climate bill signed by President Joe Biden.

A newly published report states, “As a result, today the company announced a plan to restructure its business to focus resources on a family of Van products for the US market as well as its enabling technologies - including core components, composite materials, mobile robotics, and software-defined factories."

Under the IRA, which was passed in August this year, EV buyers get up to $7,500 in incentives/tax credits. But, there are some conditions. To qualify for the incentives, the EV must adhere to specific battery mineral sourcing and components assembly requirements.

The IRA’s provisions have specifically been designed to bring manufacturing activities to the U.S. In other words, a significant portion of the minerals and EV battery components have to be extracted, processed as well as manufactured locally. To get the full EV tax credit, manufacturers will have to pass two conditions: First, starting 2023, at least 40 per cent of the value of critical EV battery minerals will have to be produced or assembled within the boundaries of the in the U.S. it would fetch $3,750 in the form of tax credits. Each year after 2023, the requirement will go up by 10 per cent. In 2024, it will be 50 per cent, before soaring to 60 per cent and 70 per cent in 2025 and 2026.

Another $3,750 will come after fulfilling the second condition – starting next year, at least 50 per cent of the value of the EV battery components will have to be produced or assembled in North America. Just like the first condition, this requirement will swell by 10 per cent each year.