Arms cache found outside Istanbul in connection to coup plot 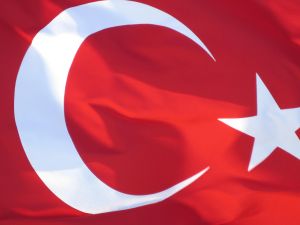 Ankara - Ten people, including four military officers were taken into custody Wednesday after investigators found a buried cache of weapons thought to be connected to a plot to overthrow Turkey's moderate Islamist government, Turkish media reported.

Grenades, anti-tank rockets, hand guns and ammunition were amongst the armaments found during the search in a forested area of Poyrazkoy, NTV said. No official statement had been released as of Wednesday evening.

The investigation into the so-called Ergenekon plot to overthrow the government has seen more than 150 people charged, including retired generals, serving officers, academics and journalists.

It was through assassinations and other destabilizing attacks that the group hoped to create the chaos necessary to allow the military to launch a coup in 2009 on the basis that it was bringing order back to society, the Turkish authorities allege.

Ergenekon is the name that prosecutors allege the group called themselves and refers to a mythical Turkic homeland in central Asia.

Those taken into custody earlier are currently on trial in Istanbul. Prosecutors at the trial have said that the staunchly secularist and nationalist group was angry at what they believe is the government's watering down of secular laws and its erosion of national sovereignty in Turkey's bid to join the European Union.

Opposition figures have described the trial as a witch hunt carried out by the government as revenge for a failed attempt to have the ruling Justice and Development Party (AKP) closed down or as a way to take attention away from its alleged attempts to undermine the secular state and implement Sharia (Islamic) law. (dpa)