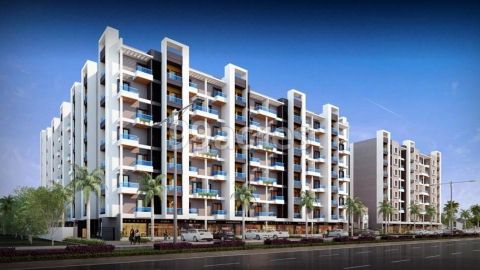 With such a vision, Amaravati basked in the glow of positive developments. New infrastructure projects were announced and the World Bank and Asian Infrastructure Investment Bank (AIIB) promised investments. Property values rose and investors increasingly looked at Andhra Pradesh with renewed interest.

And then came the recent state assembly elections. There was a change of guard in the state’s government. That grand vision has stuttered since then. With the new government at the helm, has the old vision hazed? We analyse.

Under the previous government, Amaravati was envisioned as a green and blue city with 50% green space and 10% water bodies. Modelled on the lines of Singapore, the government roped in two consultants appointed by the Singapore government for drawing up the master plan.

As per the master plan, nine theme cities and 27 townships were envisaged in an area of 217 sq. km. This city had a projected population of 3.5 million residents, 1.3 million jobs, and 0.9 million resident families residing by 2050. One of the primary objectives was to connect Amaravati with six neighbouring towns, including Vijayawada and Guntur.

The estimated budget originally was about INR 1.09 lakh Crore, for which a detailed project report was submitted to Niti Ayog. Out of this, INR 17,500 Crores was tied up with Union Government-owned PSU Housing and Urban Development Corporation (HUDCO), the World Bank, and Andhra Bank. The remaining funds were expected from public-private partnership, bonds, a collective investment firm and lease rental discounting.

The Winds of Change

Things started to change when the World Bank announced that it was pulling out of the Andhra Pradesh Amaravati Sustainable Infrastructure and Institutional Development Project. It cited several environmental risks involved in the implementation. Following the footsteps of the World Bank, Beijing-based AIIB also withdrew its funding for the Amaravati Capital City Project.

Both the financial institutions together were to pump in $500 million into the project, while the state government was to fund the same with an additional $200 million. These developments have understandably raised some question marks over the future of this ambitious city.

The present Chief Minister of Andhra Pradesh has completed 100 days in power and has initiated several measures to enhance transparency and the financial situation of the state, including reverse tendering of the Polavaram project, renegotiation of solar and wind PPA (power purchase agreements.

Though some of these announcements are intended to improve transparency in the system, it has created an environment of uncertainty among industrialists, investors, and real estate developers. Some believe that these measures are only going to delay the execution of several major projects.

In its budget for 2019-20, the government allocated INR 500 Crore for Amaravati. But given the grand scale of the earlier vision, this may not be enough to complete the existing and upcoming projects. Looking at the current economic scenario, getting funds to execute projects seems like an arduous task for the government.

Over the last five years, the real estate markets in Amravati, Vijayawada and Guntur region witnessed heightened real estate activity and evoked investor interest. The announcement of the capital city led to a two-fold rise in property values. However, there has been a visible slowdown, and demand is currently tepid. The change in guard has also impacted prices with a few areas seeing a dip in land prices. Investors have now gone into a wait-and-watch mode.