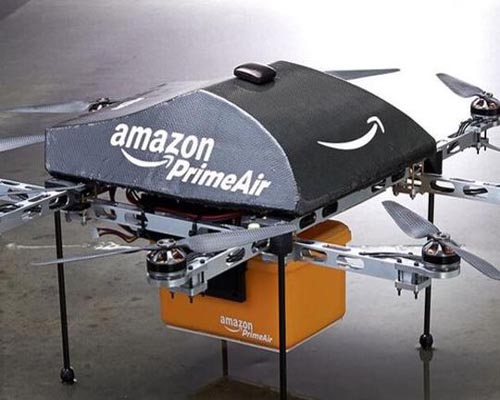 Amazon Chief Executive Officer Jeff Bezos said revealed that the company was testing how drones could be used to deliver packages of up 5 pounds (2.3 kg) to buyers. It may be noted here that nearly 86 per cent of packages that Amazon delivers weigh up to 5 pounds.

As per the company's plans, the drones would pick up packages from Amazon's distribution centers and deliver them to buyers' homes.

Bezos told CBS television's "60 Minutes" program, "We can do half-hour delivery and we can carry objects, we think, up to five pounds (2.3 kilograms), which covers 86 percent of the items that we deliver."

He added that the plan looked like a science fiction but it was not. He further added that it would bee an environment-friendly way to deliver packages as electric-powered drones would not create pollution.

Electric motors-equipped mini-drones can operate autonomously within an area of radius up to 16 kilometers (10 miles). GPS technology will help them drop packages at the target locations.