Ahmadinejad challenger calls for a 'return to rationality' 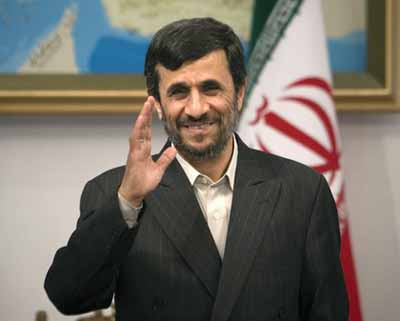 Tehran - The main challenger of Iranian President Mahmoud Ahmadinejad in the June 12 presidential election called Tuesday for a "return to rationality", ISNA news agency reported. "For me the first task of the new government should be return to rationality," Mir-Hossein Moussavi said in a speech in the western city Kermanshah.

Moussavi, in line with the country's opposition, has blamed Ahmadinejad for having pushed Iran towards international isolation with uncompromising policies in the dispute over Iran's controversial nuclear programme, his anti-Israeli tirades and his doubts over the historic dimension of the Holocaust in the Second World War.

"In an atmosphere of confusion and insecurity, we can hardly deal with the country's development. What we need is a policy with the world powers based on a correct and deep approach and at the same time maintaining (Iran's) principles," Moussavi said.

Moussavi had earlier criticized Ahmadinejad for having "severely harmed national interests and caused heavy costs for Iran" with his radical and extremist policies.

The 68-year-old Moussavi, former prime minister from 1981 to 1989 during the Iran-Iraq war (1980-88), is considered a moderate technocrat with close links to the labour unions.

In 1989 the prime minister portfolio was scrapped from the constitution and since then Moussavi has largely withdrawn from politics, having only acted as an advisor to former president Mohammad Khatami from 1997- 2005.

Asked by a reporter whether he would meet and shake hands with US President Barack Obama at a UN meeting in New York, Moussavi said: "I would welcome anything which would serve the national interests, as the main task of the diplomatic apparatus is assessing costs and merits of every foreign policy move."

Former Iranian presidents Mohammad Khatami and Akbar Hashemi- Rafsanjani have already voiced their support for Moussavi and reiterated their opposition to Ahmadinejad's policies.

Besides the former premier, the moderate cleric Mehdi Karroubi and conservative Mohsen Rezaei have confirmed their candidacy for the June 12 presidential election. But the main duel is expected to be between Ahmadinejad and Moussavi.

Observers however believe that turnout will prove a more important factor in June's elections than the candidates themselves.

Amid widespread dissatisfaction with Ahmadinejad's economic policies, a high turnout would bring many protest votes in favour of Moussavi.

A low turnout, however, would offer Ahmadinejad better chances, as his supporters are expected to go to the polls anyway. (dpa)